CHILLICOTHE, Ohio — On Sept. 16, nine students in the Zane Trace Agriculture Leadership and Communications class traveled to the Farm Science Review in London, Ohio, to promote the Food For Thought Grant Program.

The grant program is funded by the Ohio Small Grains Marketing Program and provides $500 to FFA chapters each fall to promote healthy lifestyle campaigns in their home schools and communities. Grant recipients are then asked to present their accomplishments to the OSGMP board during the Ohio FFA Convention in May and one chapter is selected to receive a $2,000 prize for having the largest impact in their community.

Last year, Zane Trace was the recipient of this prize and as a result, they were asked to help promote the grant to others at the Review. The students prepared introduction statements, answered questions about the program and motivated other students to participate in the grant program. Overall, the group reached over 250 FFA members through their efforts. 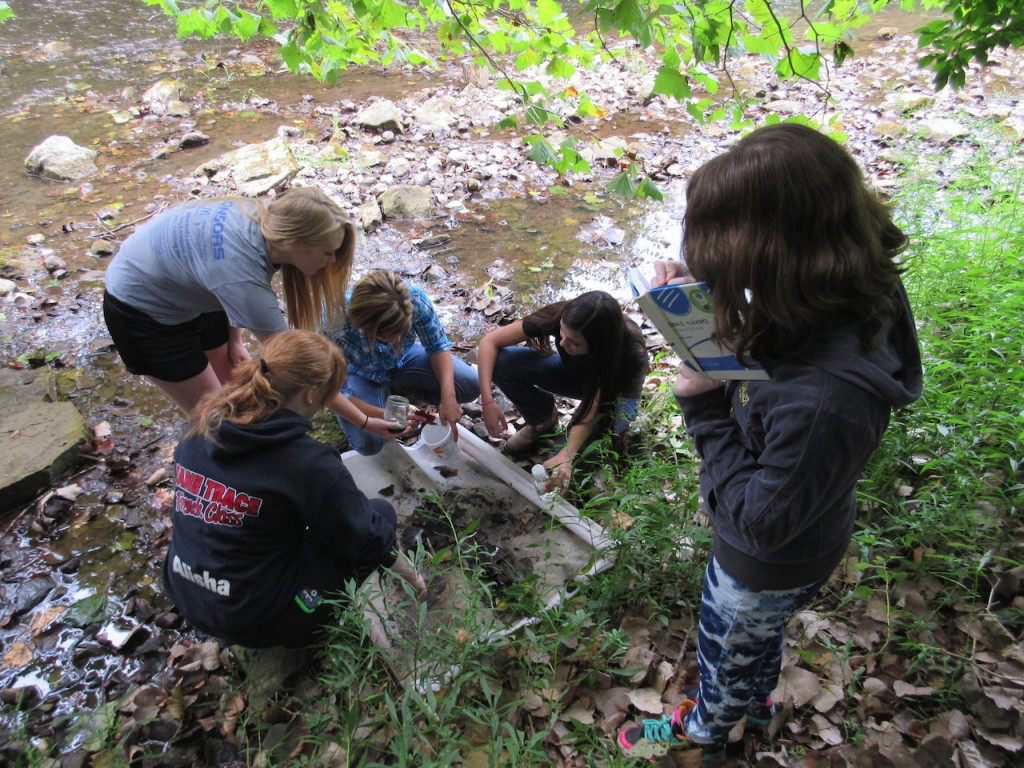 On Sept. 11, Mrs. Johnston and Olivia Pflaumer flew into Connecticut to compete in the Eastern States Exposition agriscience fair.

The Big E is held in West Springfield, Mass., and is the largest fair in the Northeast. It was the first year The Big E held an agriscience fair competition. Pflaumer was judged twice on her project about the presence or absence of pollen in honey, and was scored with a bronze rating.

The pair also traveled to Boston, and visited Harvard University and Boston University campuses. Then, they went to see some of the historical sites of Boston.

Students in the Zane Trace Animal Science class recently conducted a macroinvertebrate stream analysis on Kinnikinnick Creek to determine the overall quality and health of the stream. The students traveled to the creek Sept. 17 and collected samples of various aquatic organisms including insects, larvae, snails, clams and crayfish.

After collecting their samples, students used dichotomous keys and stereo microscopes to identify and classify the animals they had obtained.

During the day, each class had their own assignments to complete by visiting at various booths.

WOOSTER, Ohio — Members of the Northwestern FFA chapter participated in a recycling program during the Wayne County Fair that included collecting recycling items such as cardboard boxes, plastics, and cans around the fairgrounds at closing time.

INDIANAPOLIS —The National FFA organization announced Tori Marie Wilt of the Miami Trace FFA was selected as a national finalist for the National FFA Proficiency Award in nursery operations, entrepreneurship/placement.

Charlie J. Miller of the Miami Trace FFA was selected as a national finalist for the National FFA Proficiency Award in forest management and products, entrepreneurship/placement.

Wilt and Miller are two of four people chosen to compete for this award at the national finals Oct. 29 through Nov. 1, during the 87th National FFA Convention and Expo in Louisville, Ky. They became eligible for the national award after winning the Ohio state FFA competition earlier this year.

Each of the four finalists received a plaque and $500. The national winner will receive an additional $500.