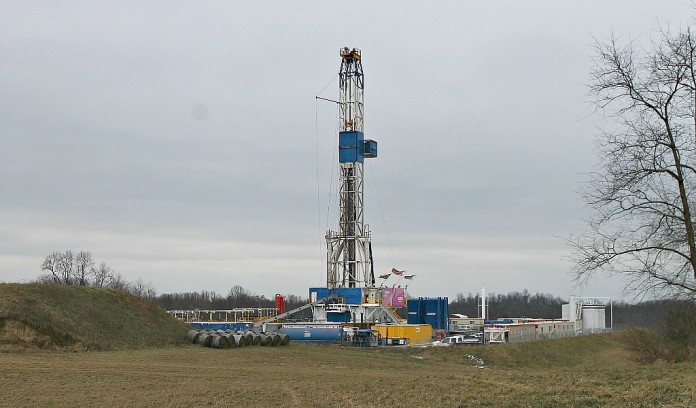 The Rice permit was a renewal of a permit for the Iron Man 6H well in North Bethlehem Township, and the Antero permits were for wells on the Hill unit in West Pike Run Township.

There were 12 permits issued since Nov. 1 in Allegheny County, all to EQT Production Co. for well sites on the Rostosky farm in Forward Township.

PennEnergy Resources also received 10 permits — six new and four renewals — in Beaver County. Eight were for sites in New Sewickley township; one new permit was granted in Economy Boro, and one was renewed in Marion Township.

There were four permits issued in Westmoreland County since Nov. 1, including two new permits to Apex Energy for new drilling on the Faulk well site in Salem Township. WPX Energy Appalachia received a new permit and a renewed permit for drilling on the Duralia and Skacel sites in Derry Township.

In Bradford County, the site in northcentral Pennsylvania where the Marcellus Shale boom originated, there were 11 new permits issued, primarily in Columbia Township.

The Ohio Department of Natural Resources granted 35 Utica/Point Pleasant Shale well drilling permits in November and another eight so far in December.

Columbiana County was back in action with 11 permits, all issued to HilCorp Energy Company and for sites and legs on the Unkefer farm in Fairfield Township.

In December, the ODNR issued eight drilling permits, as of Dec. 10, in the Utica shale.

Antero Resources also received three drilling permits in Noble County’s Seneca Township. Two are for the Iles Units, 1H and 2H, and a third at the Walsh East Unit 3H. Drilling is underway at all three.

There are now 1,472 wells producing in Ohio’s Utica and Point Pleasant shales, and another 250 drilled but not in production.

As of Dec. 10, there was only one permit issued in Ohio’s Marcellus shale in November and December 2016, to XTO Energy Inc. for a site in Belmont County’s Washington Township on the Boan/Marcum 2-1 well site.

In Marshall County, located in West Virginia’s Northern Panhandle, the only permit issued since Nov. 1 was to SWN Production Company, which received a permit to drill on the Gladys Briggs well site.

Jay-Bee Oil and Gas also received a new permit in November for a well site on Morgan Valley Farms in Pleasants County.