BALTIMORE — Researchers at Johns Hopkins Medicine in November surgically implanted a pacemaker-like device into the brain of a patient in the early stages of Alzheimer’s disease, the first such operation in the U.S.

The device, which provides deep brain stimulation and has been used in thousands of people with Parkinson’s disease, is seen as a possible means of boosting memory and reversing cognitive decline.

The surgery is part of a federally funded multicenter clinical trial marking a new direction in clinical research designed to slow or halt the ravages of the disease, which slowly robs its mostly elderly victims of a lifetime of memories and the ability to perform the simplest of daily tasks, researchers at Johns Hopkins say.

Instead of focusing on drug treatments, many of which have failed in recent clinical trials, the research focuses on the use of the low-voltage electrical charges delivered directly to the brain. There is no cure for Alzheimer’s disease.

As part of a preliminary safety study in 2010, the devices were implanted in six Alzheimer’s disease patients in Canada. Researchers found that patients with mild forms of the disorder showed sustained increases in glucose metabolism, an indicator of neuronal activity, over a 13-month period. 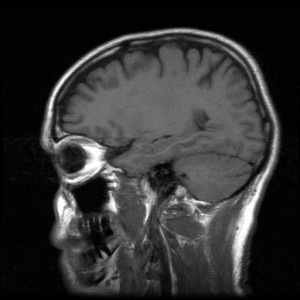 Most Alzheimer’s disease patients show decreases in glucose metabolism over the same period. The first U.S. patient in the new trial underwent surgery at The Johns Hopkins Hospital, and a second patient is scheduled for the same procedure in December. The surgeries at Johns Hopkins are being performed by neurosurgeon William S. Anderson, M.D.

“Recent failures in Alzheimer’s disease trials using drugs such as those designed to reduce the buildup of beta amyloid plaques in the brain have sharpened the need for alternative strategies,” says Paul B. Rosenberg, M.D., an associate professor of psychiatry and behavioral sciences at the Johns Hopkins University School of Medicine and site director of the trial’s Johns Hopkins location.

“This is a very different approach, whereby we are trying to enhance the function of the brain mechanically. It’s a whole new avenue for potential treatment for a disease becoming all the more common with the aging of the population.”

Some 40 patients are expected to receive the deep brain stimulation implant over the next year or so at Johns Hopkins and four other institutions in North America as part of the ADvance Study led by Constantine G. Lyketsos, a professor of psychiatry and behavioral sciences at the Johns Hopkins University School of Medicine, and Andres Lozano, chairman of the neurology department at the University of Toronto.

“We are very excited about the possibilities of this potentially new way to treat Alzheimer’s,” says Lyketsos, director of the Johns Hopkins Memory and Alzheimer’s Treatment Center in Baltimore.

While use of the device for Alzheimer’s patients is experimental, more than 80,000 people with the neurodegenerative disorder Parkinson’s disease have undergone the procedure over the past 15 years, with many reporting fewer tremors and requiring lower doses of medication afterward, Lyketsos says.

Other researchers are testing deep brain stimulation to control depression and obsessive-compulsive disorder resistant to other therapies. The surgery involves drilling holes into the skull to implant wires into the fornix on either side of the brain.

The fornix is a brain pathway instrumental in bringing information to the hippocampus, the portion of the brain where learning begins and memories are made, and where the earliest symptoms of Alzheimer’s appear to arise. The wires are attached to a pacemaker-like device, the “stimulator,” which generates tiny electrical impulses into the brain 130 times a second. The patients don’t feel the current, Rosenberg says.

“Deep brain stimulation might prove to be a useful mechanism for treating Alzheimer’s disease, or it might help us develop less invasive treatments based on the same mechanism,” Rosenberg says.

By 2050, the number of people age 65 and older with Alzheimer’s disease may triple, experts say, from 5.2 million to a projected 11 million to 16 million, unless effective treatments are found.