WASHINGTON — The number of cattle in the United States has fallen dramatically, but just how much may surprise you.

As of July 1, there were 95 million head of cattle on U.S. farms, according to the Cattle report published today by the U.S. Department of Agriculture’s National Agricultural Statistics Service (NASS).
This is the lowest inventory for July 1 since the series began in 1973.

Other key findings in the report were:
The 2014 calf crop is expected to be 33.6 million, of which 24.3 million were born during the first half of the year and 9.3 million are expected to be born in the last six months of 2014. 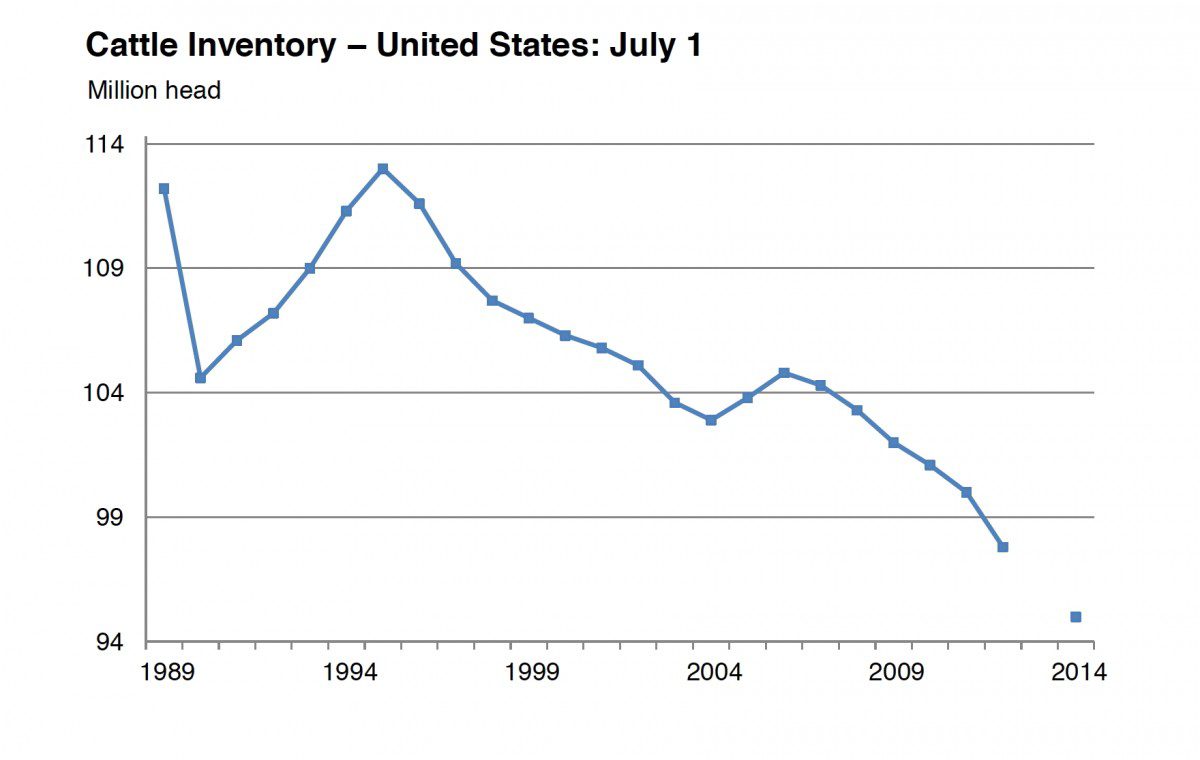 Faced with budget reduction in fiscal year 2013, NASS discontinued the July edition of the Cattle report. The agency was able to bring the report back this year, however, following the complete reinstatement of the budget for its estimates program.