COLUMBUS, Ohio — Another Ohio invasive species isn’t a tiny matter. In fact it can weigh up to 200 pounds.

Related story: Hogs gone wild are getting to be a problem

Feral swine can eat and trample crops, can root up lawns and forest plants, and, by their wallowing, can make soils erode and streams turn muddy, said Titchenell, who works in the college’s School of Environment and Natural Resources.

They also can outcompete native wildlife for food, she said. And they can spread some 30 diseases and 37 parasites to livestock, pets and humans. Two of those diseases, swine brucellosis and pseudorabies, are of special concern. 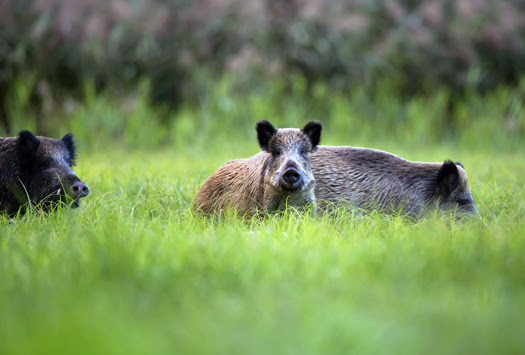 By surviving and spreading, they joined the state’s growing list of invasive species, which include zebra mussels, multicolored Asian lady beetles, and grass, bighead and silver carps. Others, to name a few, are kudzu, hydrilla, emerald ash borers, Asian longhorned beetles and hemlock woolly adelgids.

Invasive species aren’t native to an area but usually have been spread there by human activities, either by accident or intentionally, Titchenell said. They spread quickly and can hurt native species, the environment and the economy. 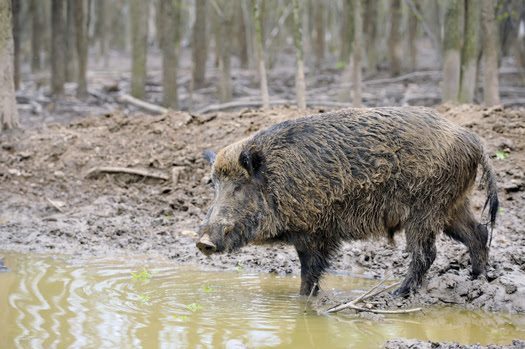 Feral swine wallow in water and mud as a natural behavior, in part to cool off in warm weather. But wallowing can erode soils, reduce water quality, and damage and destroy native plants. (Photo: iStock.)

Feral swine are already widespread in the southeastern U.S. and parts of the West, according to a University of Georgia report. They cost the U.S. $1.5 billion a year in damage and control costs, the OSU Extension fact sheet says.

In all, invasive species cost the U.S. more than $120 billion a year, a 2007 Cornell University study found.

Ohio’s first feral swine were seen in Vinton County in the 1980s. Reports grew in number through the 1990s and early 2000s. Now, in recent years, “Sightings have increased substantially,” the fact sheet says. 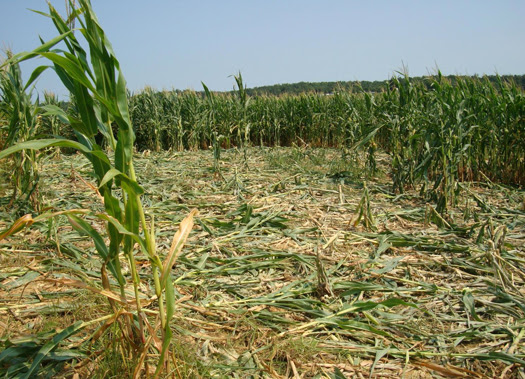 Two agencies — Wildlife Services, part of the U.S. Department of Agriculture’s Animal and Plant Health Inspection Service, and the Ohio Department of Natural Resources’ Division of Wildlife — are working to reduce Ohio’s feral swine numbers through trapping or shooting. Goals include cutting dollar losses from the pigs’ damage and protecting biodiversity.

Ohioans who have feral swine on their land can call Wildlife Services at 866-487-3297 for assistance.

Ohioans also should report any feral swine they see, Titchenell said, either by contacting the Division of Wildlife at 1-800-WILDLIFE or wildinfo@dnr.state.oh.us or by downloading and using the free Great Lakes Early Detection Network app available atgo.osu.edu/GLEDN. 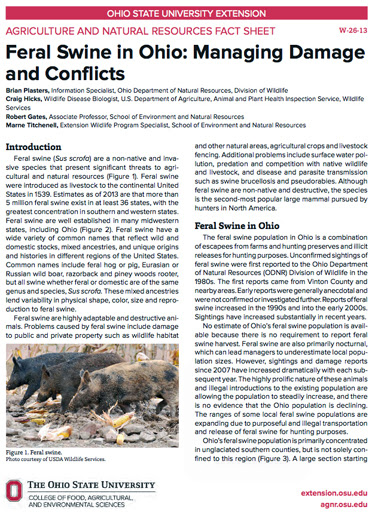 “Like any invasive species, eradication and management of feral swine can’t happen without public awareness,” she said. “The faster they’re reported in an area, the faster the response will be.”

The fact sheet is free online at go.osu.edu/j6q.

The fact sheet’s other authors are Brian Plasters of the Division of Wildlife, Craig Hicks of Wildlife Services, and Robert Gates of the School of Environment and Natural Resources.