SALEM, Ohio—   Morgan County is getting into the shale drilling game. According to the Ohio Department of Natural Resources, three permits were issued for horizontal drilling in the Utica shale in Morgan County in November. The permits, the first permits issued for Morgan County, went to PDC Energy Inc. for a site in Center Township. 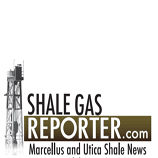 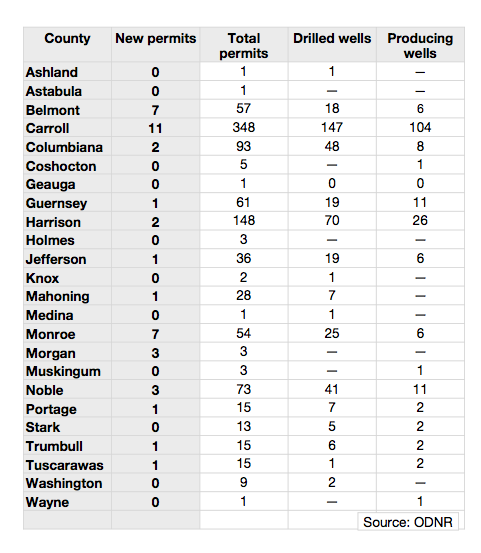 During November, five counties were issued single permits for drilling — Trumbull, Tuscarawas, Mahoning, Jefferson and Guernsey counties. The permit in Trumbull County was issued to Halcon Operating Company, Inc. in Lordstown Township. In Tuscarawas County, a new permit was issued to Chesapeake Exploration in Perry Township. The ODNR reported a permit was issued for Milton Township in Mahoning Township to Chesapeake Exploration. Drilling has already begun on the well, according to the ODNR report. In Jefferson County, a permit was issued to Hess Ohio Resources, LLC. in Cross Creek Township. And in Guernsey County, Chesapeake Exploration received a permit for drilling in Millwood Township. The state of Ohio is nearing the 1,000 mark for the number of Utica shale well permits issued. There are currently 995 permits issued and 609 wells drilled, according to the ODNR. There were no Marcellus shale horizontal well permits issued during November. There are 18 Marcellus shale wells currently drilled, according to the ODNR.

The Pennsylvania Department of Environmental Protection reported there were 143 unconventional gas and oil wells permitted during November. There were 29 permits issued in Washington County, 23 in Greene County and 16 in Bradford County. Nine new permits were issued in Beaver County, six in Butler County and three in Lawrence County. Seven wells were drilled in Bradford County during November. Two wells were drilled in Butler, Lawrence and Mercer counties, and five wells were drilled in Greene County. As of Nov. 30, the Pa. DEP reported 2,656 permits were issued since Jan. 1. Washington County had the most permits issued so far in 2013 with a total of 355 permits. Greene County received 204 permits, and there were 150 permits issued for Butler County for drilling. Beaver County was issued 41; Mercer, 34; and 25 permits were issued in Lawrence County.

In Marshall County, the West Virginia Department of Environment Protection, reported there were three permits issued. Two were issued to Chesapeake Appalachia, LLC. and one was issued to Noble Energy Inc. for drilling into the Marcellus shale.