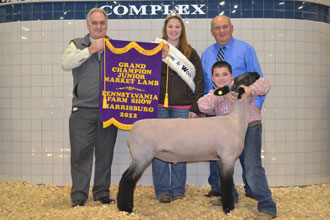 Other breed champions include: