Since that time, scientists at the center and USDA Agricultural Research Service scientists at the University of Nebraska-Lincoln have grown its flagship genetics program and its germ plasm evaluation project, which has evolved to be the largest breed comparison study over the last 35 to 40 years, said John Pollak, the center’s director.

The project also has information on how various breed crosses worked as composites.

“It laid the foundation for commercial ranches around the country,” Pollak said.

U.S. Meat Animal Research Center houses both University of Nebraska-Lincoln and federal employees and also is the home to the Great Plains Veterinary Educational Center.

During the last 15 years, capitalizing on its wealth of genetic diversity information, scientists began working in genomics and have been developing and refining genomic tools for use in selection by the industry, Pollak said.

“During that time period, the genomics group worked on the first case of BSE, using genomics to identify the origin of the animal,” Pollak said. “It identified that particular cow was a Canadian animal, not a U.S. animal.”

The program also produced marker tests such as those for tenderness and for the genetic defect osteopetrosis in Red Angus cattle. In addition, the center was one of the collaborators, along with the University of Missouri, ARS Beltsville and the University of Alberta research teams, to work on the development of the original 50K SNP chip.

In the late 1990s, U.S. Meat Animal Research Center scientists began a focus on food safety and developed mitigation strategies for management of E. coli through the production cycle from the feedlot to harvest.

Scientists are now sequencing the genomes of E. coli and Salmonella to better understand the genetics behind antibiotic resistance, as well as to provide genomic DNA diagnostic tools to screen meat products for those pathogens.

Since the main focus of the Beef Improvement Federation’s annual meeting is genetics, it is fitting that the meeting will be held in Nebraska this year in conjunction with the U.S. Meat Animal Research Center’s 50th anniversary.

Many of the center’s faculty and scientists have been involved in BIF through research presentations since its beginning.

A June 21 post conference tour following the 2014 Beef Improvement Federation’s annual meeting and research symposium will bring participants to the center, where they will visit two sites — the center’s feedlot and pasture.

Participants will view the large feed efficiency facility and hear from nutritionists and geneticists about what is going on in the facility and what scientists have learned form it. Participants also will hear from one of the scientists from the environmental management area that works on heat stress.

At the pasture, participants will see a wide array of different animals in the germ plasm evaluation project and hear about its results. 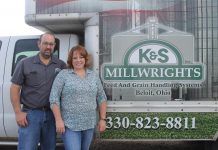 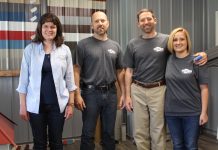 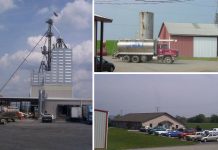