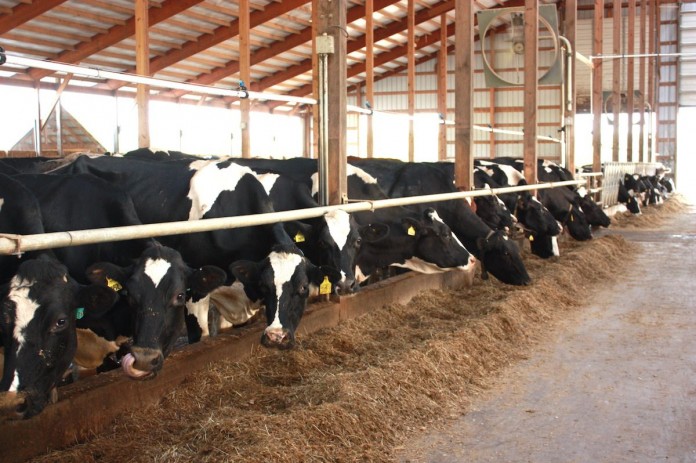 The road is slowly narrowing. In my March column, I pointed out the exceptionally favorable price situation that was prevailing then, and still is.

The phenomenal milk prices that dairy producers have enjoyed for a few months have been significantly driven by dairy exports and favorable world prices. For a period of time, feed prices were much more tolerable, albeit still not cheap from a historical basis.

I did warn you, however, that this situation was not sustainable and that eventually dairy margins would narrow through a combination of increased feed prices and declining milk prices.

Fortunately, I did not (and still do not) foresee a price crash, but a soft landing beginning in early to mid-summer and perhaps a slight acceleration of the ‘correction’ during fall.

I haven’t changed my mind, and the current market data are supportive of this position.

The class III price in March came out at $23.33/cwt, essentially unchanged from February. As I write this column in late April, the April Class III futures on the CME were trading at $24.29/cwt. Based on the futures market, this should be a peak price, as May Class III futures are currently settling around $22.70.

All futures Class III prices are steadily declining all the way to December at $18.58/cwt. The Class III futures for the balance of 2014 are averaging $19.93.

Remember, the futures prices are not reality. They are reflecting the consensus between the buyers and the sellers in those markets. But they are arguably the best forecasters of what’s to come.

In short, you should expect milk prices to more or less steadily drop, starting next month.

What goes down, must come up

Feed prices, after falling through the fall (more noticeably for corn) have been increasing in leaps and bounds.

May corn futures, which at one point were trading in the low $4/bu, are now floating near $5.10/bu.

Protein feeds have shot up due to the very strong U.S. exports of soybeans and soybean meal. The May futures for soybean meal are near $500/ton, but steadily declining after mid-summer to $388/ton in December.

I keep reading that some economists just cannot understand why U.S. milk production has not responded to these historically high milk prices. I guess that one may think that way if he or she never had to run a real business, something like operating a dairy farm.

For at least two years, all the way until late last summer, dairy margins have either been small, non-existent, or worse negative. In fact, since 2009, dairy producers have been repeatedly beaten over the head either by inadequate milk prices, obscene feed prices, or both.

Many operations have dug themselves into a hole, either through added debts, or by postponing the purchase of equipment in dire need of an upgrade.

On many dairy operations, the positive margins that we have experienced in the last six months have gone to the balance sheet, either in the form of debt payment, equipment replacement, or needed accumulation of cash reserves. And with high heifer prices, the mood has not been to add more cows.

Nationally, dairy producers have taken a well-deserved economic breather, which explains why the U.S. dairy production last month only saw a 1% increase over last year.

Now that spring has come

Soon, the capacity and will of American farmers will be deployed across our country for the world to see. It may be too rainy, or too dry; too hot or too cold; but no matter what, seeds will be planted, hay and silage will be coming out of the fields, cows will get milked and people will have plenty to eat.

The greatest show on earth is coming back for an encore as it does every year.