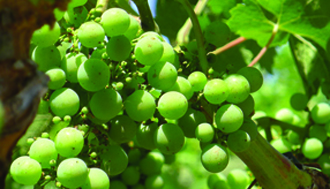 GENEVA, Ohio — Ohio wines have a full-bodied history, ripe with civil war, Prohibition, countless frosts and diseases, but there’s never been a time of such growth as there’s been in the past five years.

Ohio wines are in the midst of a renaissance. Growers and enthusiasts, alike are excited about the future, though this year’s growing season has been challenging.

Ohio’s wine industry is “exploding…” says Donniella Winchell, executive director of the Ohio Wine Producers Association, “in a way that is historically unprecedented.”

Winchell was appointed ‘executive secretary’ of the Ohio Wine Producers Association in 1978. Since then, she’s seen Ohio Wines mature from “uneven” to “world class” status.

According to Winchell, Ohio had 37 wineries in 1985. That number grew to 47 by 1995 and today, Ohio now has 164 registered wineries with another 15 in the application process.

Winchell believes the recent explosion of Ohio wines is due, in part, to the “locavore” movement. Locavores are people who prefer eating and drinking locally grown products. Many choose to purchase food that’s grown within 100 miles of where they live.

But, according to Winchell, it’s not only the consumers who get the credit. Ohio’s government has facilitated growth, as well.

In other wine-producing states, like California, wineries must close by 6 p.m., Ohio wineries can stay open later, offering food and entertainment. This diversity turns wineries into destination spots.

Unfortunately, the cooler climate can also bring its fair share of difficulties.

The warm spell this March, coupled with several days of freezing temperatures in April and May, have wilted many northern growers’ hopes of having another prosperous season.

“The varieties that are hardy, like Catawba and Concord, bloomed early; they took the most damage when the frost came.”

Catawba grapes are perhaps Ohio’s most historical grape with a lineage that dates back to the 1830s when the first commercially successful winery in the United States opened its doors in Cincinnati. The poet Henry Wadsworth Longfellow paid homage to the grape and its grower, Nicholas Longworth, in his poem Ode to Catawba Wine.

Lee Klingshirn, wine-maker at Klingshirn Winery in Avon Lake, Ohio, said his native American grapes were, “all wiped out,” during this spring’s frosts. He said his winery would be lucky to harvest a half crop of Pinot Grigio, Reisling and Cabernet Franc.

Though this year’s harvest seems bleak, Winchell remains optimistic. “If we have a relatively hot and dry summer, we may still have a good crop.”

Primary buds were damaged during the frosts, but grape vines often produce several rounds of buds. Winchell is hopeful that the vines’ secondary and tertiary buds may have longer to mature, giving growers a crop of high quality grapes.

Because of the rate of growth in the industry, Winchell estimates that every person in Ohio is no more than a 35-minute drive from a winery. That’s a reassuring figure for an industry that contributes more than $582 million yearly to Ohio’s economy.