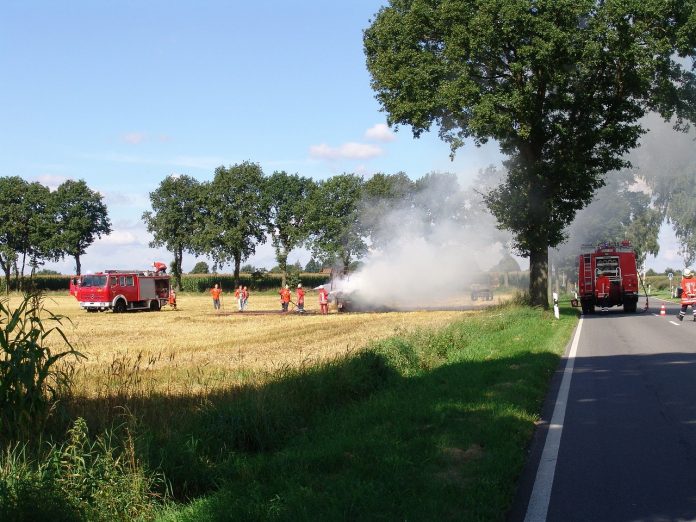 In the event of a fire or hay smoldering, a fire department should be contacted immediately. However, there are ways you can reduce the damage.

1Fire hazards
Recognizing fire hazards sooner rather than later can help limit the damage caused by hay fires. Be on the look out for these hazards:

2When a fire occurs
In the event of a fire be sure to cover all your bases and take the following steps.

3Things to remember
Remember these tips to reduce the risk of a hay fire and to better help first responders.

4Medical help
Moving hay bales is hot, smoky and physically demanding. Individuals involved at the scene need to be monitored and should receive medical attention if they exhibit signs related to smoke inhalation, heart attacks or other injuries.