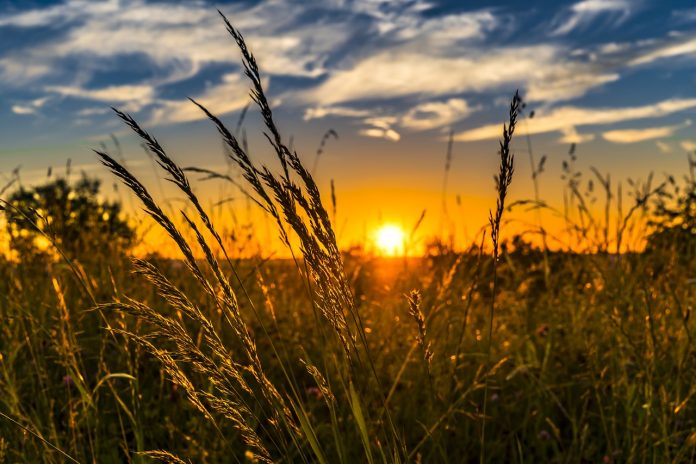 “Because a farm is both a business and a home, amenity values usually raise market values somewhat above those that would be justified by productive value alone. Only two things are needed to arrive at the productive value of farm real estate.

“If an annual net income of 10 dollars an acre is expected from farmland and the acceptable rate of return is 5 percent, the capitalized value of the land is $200…the valuation process for land is no different from stocks or other resources…the difficulties arise in separating the net income from farmland from the income obtained from the other resources used in farm production.”

In 1958, as this United States Department of Agriculture yearbook was reaching his mailbox, my father bought six Holstein cows.

Mom and Dad milked them by hand before their daughters awoke in the morning, and again late in the day when he returned home from his off-farm job.

Dad once told me he counted himself mighty lucky that his young wife pitched in and worked hard even though she knew nothing about cows, and continued helping milk until she “couldn’t bend in the middle very well,” all because of me.

By the time I was born in April, 1959, (on a perfect day to have been home sowing oats instead of pacing the hallways of a hospital) Dad was able to give his boss two-weeks notice and become a full-time farmer.

He kept select calves and bought better Holstein heifers as he could afford them. He hired a young neighbor to help with milking, carrying the milk cans to the milk house and some tractor work.

As soon as we were big enough, we learned how to pitch in and help with chores. As a kid, I often heard Dad say “they’ll never make any more land” and he kept his goals of buying more as it became available.

None of it came easy; a successful farm, even in some of American agriculture’s finest years, required a sharp mind and a steady hand on the wheel.

It was a warm Spring day when Dad returned from a farm sale, shaking his head in disbelief.

Dad worried that land would climb beyond what a farmer could safely invest, with typical farm production profit having its own ceiling.

“If land goes so high a farmer can’t afford to buy it, a whole lot of change is coming,” he said.

With profit margins slim even in a good year, add to the mix a few years when rain doesn’t fall or comes in excess, interest rates climb, health doesn’t hold.

Purchase price of land at least made clear the starting point of a vast expense. The goal was always to pay it off, strong and steady.

That memory has stayed with me, along with another, of Dad walking into the milking parlor as I finished up chores one evening about three years later.

He had been to the farm’s tax accountant, who told him he was easily worth a million dollars.

“A million dollars!” he said, stunned. “I have a lot of faith in her, but I had to question the facts. If I’m worth a million dollars, why do I always feel so broke?” he said with a grin.

Any profit was always plowed back into the farm. It was his keen, business-minded way of approaching each day that created prosperity.

We didn’t travel or buy high but built an enjoyable life together.

There were picnics, homemade birthday cakes, simple toys and simple joys — swimming in the spring-fed pond that Dad created for us, rounds of barn ball or yard ball with kids while our parents played cards.

We didn’t receive an allowance, and we didn’t have to be told it was time for chores. It was a team effort, every day. We put our boots on and got to work.