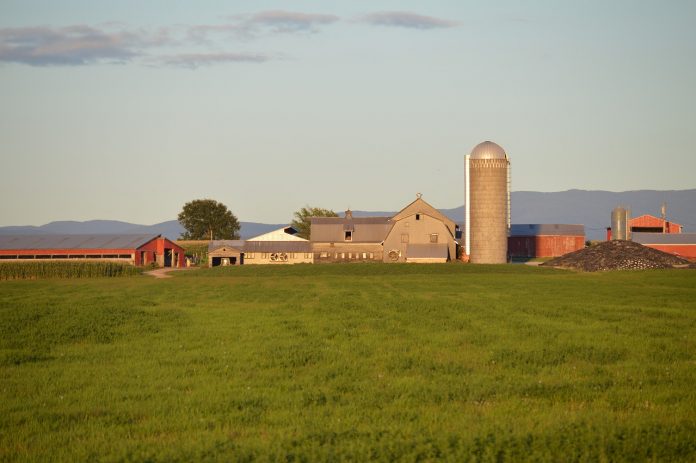 In my youth, May brought two noticeable changes to the big Lutheran church my family, faithfully, attended.

The first was heat. No building on earth better held daytime heat from Mother’s Day through Reformation Day than that century-old house of worship.

The second was the season’s short-sleeved parade of lost limbs, a brutal testament to the unforgiving and unshielded farm machinery of 50 years ago.

Each Sunday, several farmers young and old walked, limped and wobbled to their pews. One was my Uncle Eddie; a square baler claimed most of his right arm in the mid-1960s.

Another, coincidentally, was his father who, if memory serves, had his right hand crushed in a molasses mill. What was common in our congregation was uncommon on the dairy farm of my youth.

Not one major injury — in fact, not one broken bone — occurred on our farm despite my brothers, my father, his Uncle Honey, and a handful of hired men operating machines that featured slashing sickles, whirring V-belts, spinning chains, and slipping clutches.

We did have our near misses, however.

One June day my father was applying sticky belt dressing to a long — and, of course, spinning — V-belt that powered our tiny, IH combine’s separator fan.

Somehow the moving belt grabbed his right hand and, in a millisecond, spun it through the roaring fan’s large pulley.

No, my father did not lose any fingers, but every finger on that hand was peeled of its skin and his little finger was badly mauled. (He poured — poured! — iodine on all, Mom bandaged ’em, and off he went to cut wheat.)

Remarkably, Uncle Honey, whose many farm machinery explosions — er, exploits — I’ve highlighted over the years, had an unblemished record of farm safety.

Not once in nearly 20 years of mostly inattentive mowing, plowing and silage chopping did Honey get so much as a splinter. My father had a simple explanation: “The Lord protects fools and children.”

Perhaps even more remarkable was that not one of the many hired men on that farm was ever hurt. Several tried, though.

One silage season Jackie, whose given name was Herbert, drove an Oliver 77 over the edge of a bunker silo’s wall while packing green chop. The tractor landed on its top and caught fire; Jackie caught air and landed on his bottom clear of the wreckage.

He was badly shaken; the tractor totaled. Still, it was a good day because Jackie walked away.

Another hired man, Charlie, arrived at work early one Monday with a hideous, unstitched slash across his forearm.

My father asked how he had so badly wounded himself on the one day of the week he wasn’t operating dangerous farm equipment.

Oh, explained Charlie, he was swapping out the transmission on his old Ford the previous day when he grabbed a hatchet — he didn’t own a cold chisel or hacksaw — to cut a hole in the car’s floorboard.

A minute later a glancing hatchet blow landed on, well, not the Ford.

None of this surprised my father. Most of the men he employed were not hired because of their scholastic achievement. While nearly all could read, none, at least to my knowledge, used that talent to study or even page through one machinery operating manual.

Some, indeed, were more dangerous off the farm. Twice my family, on our way home from town, encountered our hired men’s wrecked jalopies in roadside ditches.

Each time we found only the car, not the hired man, and each time, each man came to work, little worse for the wear, the next day. Again, the Lord protecting fools and children, I guess.

Today, however, human engineering has replaced divine intervention and those Sunday morning parades of broken, disabled farmers — like the men from the dairy farm of my youth — are gone.

That alone may be the greatest achievement in the last two generations of incredible agriculture innovation. Praise the Lord.