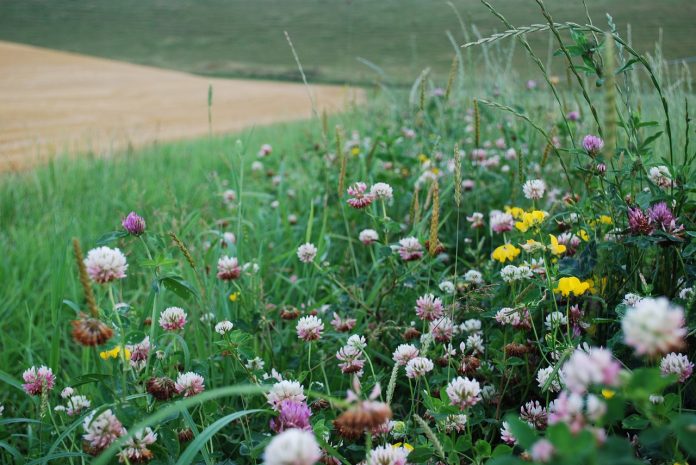 As I have immersed myself within the agricultural community, I have brought a background in biology, passion for learning, and a desire for new experiences.

The drummer I march to may be different from that of the Stark County producers, but I am grateful for new, exciting experiences and acquaintances.

Many producers are modest when describing their profession; they will simply say they are “a farmer.” Producers wear a plethora of hats, such as agronomist, ecologist, etymologist, nutrient manager, botanist, mechanic, pedologist and conservationist, etc.

A hat few producers will say they wear is the fabulous “biologist” hat, a hat we share. Biodiversity is the diversity of life on a farm, or in an ecosystem. Biodiversity encompasses more than plant, crop or livestock species.

The number of species of insects, animals, microbes, flowers, bacteria, fungi, their genetic variability, habitat and ability to interact all contribute to biological diversity. The more diversity an ecosystem retains, the more stable, resilient and adaptive it is.

Organic farmers have embraced, and are credited, for using this idea in production, but it is just as necessary for the traditional producers. Farmers are vital to both the success and survival of the human species, through food production, nutrition, and the economy.

The preservation of a basic principle of biology — biodiversity could provide a framework for farm plans and agricultural conservation. Try one or two approaches that best fit your current farm plan and that can be successfully adapted to your style.

As it is in conservation, any little bit helps, and the hardest step is the first step: change.

No-till disturbs a small slice of soil, just wide enough for seeds and fertilizer to be injected, then closes the soil.

Ridge-till involves scalping the top inches off ridges created during the previous year’s crop, moving residue and weed seeds to the middle of the row, and planting on ridges.

Strip till or zone till disturbs an approximate 5-7 inches of soil to create a tilled seed bed for seeds to be planted.

Plant fields with crops during the winter, or times when the field is not in production. Producers may choose to harvest their cover crop or kill it at the end of the season. Cover crops may provide habitats for birds and insects, suppress weeds and diseases, attract pollinators and natural enemies.

Crops such as rye or radishes, can reduce soil erosion and return nutrients to the soil for future crops. Legumes return nitrogen to the soil and decrease the need for fertilizer application. Choose a species that is easy to plant, establish, and will not create negative consequences for the next crop.

The process of growing crops in alternating rows, alternating strips, or planting a second crop into a standing crop. The interactions between the species can benefit the crops, soil, nutrient cycling, and production diversity.

Buffer strips are strips of land, or wide areas, between crop fields that can filter pollutants, reduce soil erosion, increase pollination, and slow runoff. These are most effective in areas with hilly terrain.

Remove environmentally sensitive land from agricultural production and plant species that will improve environmental health and quality by serving as a habitat for wildlife and a water quality amendment.

GPS and auto-steer improve precision while planting and harvesting crops, applying fertilizer and spraying for pests and weeds. The greater the precision in farming practices, the greater reduction in natural resource, fuel, and pesticide use.

Species diversity in plants can be attained by planting crop mixes or multiple crop varieties within a field. Another option would be to plant perennials in fields to create habitats for species that are natural predators to pests and species of pollinators.

Maintaining genetic diversity in crops, on farms, and in seed banks, ensure sustainable production, nutritional diversity, and resistance to environmental changes. Biodiversity and agriculture both benefit from fertile soils, clean water, and natural predators. Methods for biodiversity are not unattainable, and many producers already do many of these strategies. If this is the case, wear you “biologist” hat around the farm, and consider programs and incentives that may benefit you.