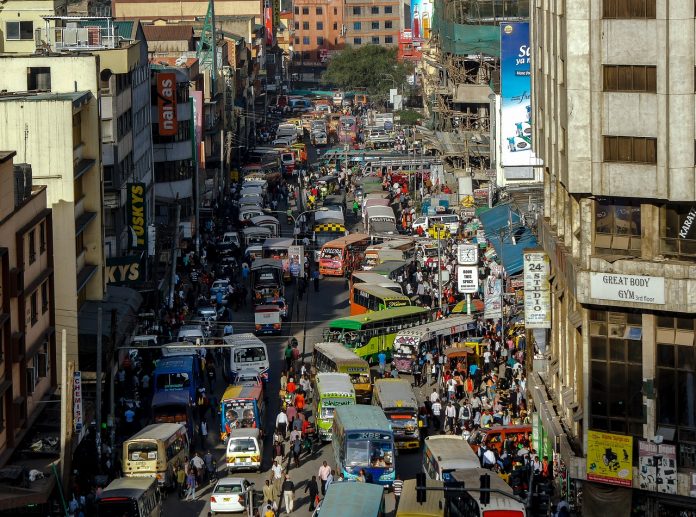 Even before the advent of the ride-sharing service, Uber, I used to climb into unmarked cars with strange men. That was life in Kenya.

I had scores of names saved in my contact list. “Taxi Patrick.” “Taxi Joseph.” “Taxi David.” No last names. Sometimes, I built friendships with them. Sometimes, I rode with them only once.

Almost always, they were men trying to make a living. (There may have been some women, and may be more now. I never encountered any though.)

Some of these men called a village a couple of hours away home, but lived in Nairobi, the capital city, because of its promise of wealth. They sent most of the money they earned back to their families for rent, food or school fees.

We would talk U.S. politics — I’ll never forget the first thing my taxi guy said to me as I climbed into his car when I returned for a year-long assignment in 2016.

“So, what do you think about this Donald Trump?”

And we would talk Kenyan politics. Kenyans are proud that they have led the East African region in growth and progress. They are known for having one of the least conflict-ridden, or rigged, election systems on the continent.

Yet, just over a decade ago, violence tore the country apart, ginned up by tribalism and mistrust of a system that hadn’t long been in place.

Kenya gained independence in 1963, but it really wasn’t until recent elections that the vote really “counted.”

There are dozens of tribal groups in Kenya, but the largest are Kikuyu, Luhya, Luo, Kalenjin and Kamba. Despite a fairly open and free election and increasing national identity, Kenyans are still bound by their tribe. (Not so much now, but people who first visited the country decades ago told me Kenyans used to introduce themselves by their tribe, not their nationality.)

In 2007, the two leading political factions were ethnically backed. One, Orange Democratic Movement, was an alliance of Luhya, Luo and Kalenjin. The other, ironically named the Party of National Unity, was Kikuyu.

In short, polls showed a lead by the ODM candidate, Raila Odinga, going into the elections. But late on Dec. 30, 2007, the election board called the vote for Mwai Kibaki, candidate for PNU, and swore him in, quickly, in the middle of the night.

Despite protests by ODM, and outside election-monitoring groups, the results stood. Violence erupted, stirred up by each side. And through targeted, systematic tribe-on-tribe violence, more than 1,000 people were killed and hundreds of thousands displaced from their homes. People lost their property and their assets, a good portion of which, to this day, has not been recovered.

An attempted investigation and trial by the International Criminal Court fizzled out, and the same candidates and similar party alliances emerged for elections in 2012 and 2013, when I first lived in Kenya.

The scars might have faded, but the wounds were still fresh. Years later, friends, both Kenyan and foreign, still struggled with what they experienced.

I remember climbing into yet another taxi one day in the lead-up to the 2013 elections. The driver told me he was going to sell his cattle. He was from one of the hardest-hit areas when the violence hit during the previous election.

He said he would rather sell off his assets and start over later than see them burned or stolen.

I still think about him today.

That election in 2013 came and went. There was another, in 2017. I was in the country for that one as well. Both were riddled with uncertainty and dodgy maneuvering.

In the most recent, in 2017, there were re-votes and recounts — and even then, Raila Odinga (yes, he was still around) declared himself the “people’s president” at one point, in protest.

Through it all, over and over, I would climb into taxis, and we’d talk politics. I would ask my Luhya friend why he still voted for Odinga. I would ask my Kikuyu friends if they would ever consider voting for a guy from the other coalition.

I never got a clear answer. For them, tribe meant identity. For so long, it has been intrinsically tied to who they are. There is a language, traditions, even foods associated with each group. It would never occur to some to separate those things from someone’s platform.

I think about Kenya a lot, still. I think about that taxi driver and his cattle. I wonder if he did end up selling them, and if so, how long it took for him to build his assets back up.

I try not to draw too many parallels between Kenya and the politics and viewpoints I see playing out in the United States these days. But it’s hard not to.

At Farm and Dairy, we may not think we’re in the middle of the political maelstrom, like some publications, but we are. A glance at current events proves that. Tariffs. Weather. Lab-cultured food. The list goes on.

We get comments from readers a lot. It’s one of the things I love about this paper.

My answer? The things we do affect others. The things others do affect us. As farmers, this is especially true. Ignoring what’s going on in the world, whether we agree with it or not, doesn’t make it go away. And only delving into things that make us comfortable doesn’t help either.

I realize that’s no easy line to walk these days. But Farm and Dairy will do its best to keep navigating that line. I trust you, as the readers, will continue to hold us accountable.