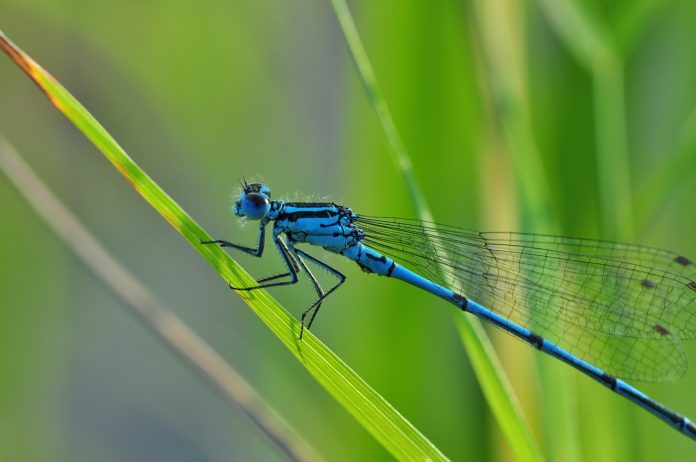 One of the benefits of writing this column is that readers let me know when they observe unusual, unpredictable natural phenomena.

For instance, when a brood of 17-year periodic cicadas emerges, I hear about it on day one.

Because such events are ephemeral and unpredictable, it helps to have an army of nature watchers on duty.

Though I’ve never seen a swarm of dragonflies myself, I first heard about them from readers in 1993.

The next reports came 18 years later in 2011. Of course, this doesn’t mean there were no swarms anywhere at other times. It just means I did not hear about them.

For example, Phil Carey from central Pennsylvania writes, “I am 66 years old and saw something this evening I have never seen before.

“At least two dozen dragonflies appeared in my backyard. My estimate is probably low because they were hard to count as they swarmed the area. Is it unusual to see so many dragonflies at once?”

Late summer swarms of dragonflies are definitely not common. I doubt that many professional entomologists have ever observed one. But they are certainly impressive.

Here are a few more dragonfly comments that have recently come my way:

–  The National Weather Service in Cleveland reported on Facebook that it detected large numbers of dragonflies on its radar;

–  A report from Hubbard, Ohio, described, “huge swarms of thousands of dragonflies that darkened the sky”;

Though dragonflies are predators and have a ferocious appearance when viewed closely, they are harmless to people. They do not sting, but they eat flying insects such as mosquitoes, gnats and midges.

Perhaps late summer swarms congregate to dine on equally unpredictable clouds of small flying insects. Such tiny prey would be invisible to humans’ distant naked eyes, so it might seem that dragonflies swarm for no reason.

In reality, perhaps they simply enjoy a short-lived feeding frenzy. When the prey disappears, so do the dragonflies.

Two more intriguing questions about dragonfly migration: 1) where do they originate, and 2) where are they going?

Monarch butterfly migration is well documented, but until recently, dragonfly migration remained a mystery. Just last year, a group of scientists from the Smithsonian Migratory Bird Center and the Vermont Center for Ecostudies published the results of a fascinating project.

Instead of trying to track live dragonflies on the wing, they used field observations by citizen scientists and lab work to extract chemicals (isotopes of hydrogen) from green darner wings in museum and private collections.

They sampled 852 wings from 681 locations in the U.S., Canada, Mexico and five Caribbean countries to build a 140-year history of dragonfly migration.

By measuring the ratio of three hydrogen isotopes in the wings, the researchers identified the approximate locations of the dragonflies’ birth ponds.

After traveling about 400 miles, they lay eggs and die. The second-generation summers as far north as Maine before laying eggs and dying.

The offspring of the second generation travels south in September, perhaps to Florida or Caribbean islands, where it overwinters, reproduces and then dies.

The resulting third generation does not migrate. In the spring the offspring of the nonmigratory third-generation returns north in the spring, and the life cycle repeats itself.

The “when” of green darner migration seems to be triggered by temperature and fine-tuned by photoperiod. How the migratory generations know where to go remains a mystery.

Regardless of the explanation, keep your eyes open for a few more weeks. Perhaps 2019 will be remembered as another “year of the dragonfly.”