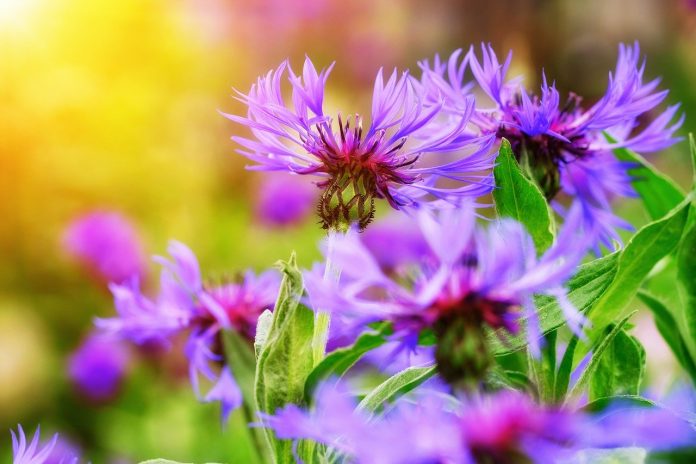 In the early summer of the year 1876, life along the Little Bighorn River, in the remote Montana Territory, seemed flawless. The “greasy grass” was 3 to 4 feet tall, the northern buffalo herd was food for winter larders and elk were plentiful for hunting.

The Indian warriors, following the herd, had celebrated the Great Spirit Dance (Sun Dance) into the wee hours of the morning and were sleeping off the pain of the tortuous dance when the sun rose. The mothers and children were bathing in the cool river water to minimize the scorching sun. The pony soldiers were still thought to be miles away. It was a wonderful world.

About noon the quiet and untroubled atmosphere of the morning changed, and the Battle of the Little Bighorn began — June 25, 1876.

The Dakota Territory Indians, Sioux, Cheyenne, Lakota and Arapaho bitterly resented the opening of the Black Hills to gold seekers and settlers in violation of earlier treaties. Owing also to inexcusable graft and negligence within the Bureau of Indian Affairs, they were facing actual starvation for the coming winter.

In the fall of 1875, they began to leave their reservation, contrary to orders, to conduct their annual buffalo hunt. They followed what was left of the once large northern buffalo herd into the valley of the Little Bighorn River and its tributaries. Here they were joined by lawless tribesmen from other reservations until the gathering took on the proportions of a serious revolt.

The situation was one that called for the utmost tact and discretion, for the Indians were ably led by the 45-year-old respected and revered holy man of the Sioux nation, Chief Sitting Bull, and the hero at the Battle of the Rosebud, Chief Crazy Horse. The treatment the Indians had experienced in dealing with the federal government only provoked and stirred the most bitter resentment among them.

Unfortunately, tack and discretion was not the order of the day. President Ulysses S. Grant, Commanding General of U.S. Army William T. Sherman and Gen. Phil Sheridan of the Missouri Division, decided “that war was the best solution.”

An order, originating with the Indian Bureau, was sent to all reservation officials in early December 1875, directing them to notify all Indians to return by Jan. 31, 1876. If they did not obey the order, they would be attacked by the U.S. Army. The folly of such an order. This belated order could not be carried out in the dead of a Montana winter even if the Indians had been inclined to obey it.

The Indian problem was now dumped on the U.S. Army in March 1876 and a new Indian war was underway. Three columns of troops were equipped and dispatched against the Indians living in the Little Bighorn country.

On May 17, 1876, the troops of Gen. George Crook moved northward from the newly built Fort Fetterman on the upper North Platte. A second command led by Gen. Alfred H. Terry started westward from Fort Abraham Lincoln in the Dakota Territory. The third column followed Col. John Gibbons eastward from Fort Ellis in Montana.

In mid-June, Terry reached the junction of the Rosebud and Yellowstone Rivers having sighted a small Indian encampment. Scouts, however, reported that a large band of Indians was headed toward the Little Bighorn where Sitting Bull’s camp was located.

Terry, the overall commander of the entire expedition, devised a sensible campaign. One of his young subordinates, Col. George A. Custer, of Civil War fame, was ordered along the Rosebud to track the Indians to Sitting Bull’s camp, then swing his command around the camp so escape into the mountains was impossible.

Terry would follow with the rest of the expedition to establish superiority of numbers and plan the attack. It was a strategy for success except for one unpredictable factor ­— the impetuous Custer.

Custer was a vain and foolhardy leader in the Civil War, especially in the Shenandoah Valley campaign under Sheridan. After Custer was discharged in 1865, his wife Libbie begged Grant to return him to active duty. Sherman finally agreed, but at the rank of Lt. Colonel and across the Mississippi River.

Dressed in a distinctive uniform of buckskin trousers, red-topped boots, a broad rimed sombrero, large gauntlets and flowing hair, he was obsessed with one tactical thought and winning formula, the headlong cavalry attack. The Indians called him “Hi es Tzie” — meaning long hair.

Smarting from a rebuke by President Grant and having two subordinates, Major Marcus Reno who was without any Indian experience and Captain Frederick Benteen, one of the best officers in the regiment but Custer’s arch-enemy, Custer was on a mission to regain his self-esteem by some feat of valor. Having decided to attack Sitting Bull’s camp before the main force arrived, Custer divided his small command into two columns.

He envisioned a flank attack that would encircle the village in a pincher movement by attacking the village’s opposite ends. Without any intelligence or knowledge of the Indian defense or numbers, Custer unleashed Reno to attack straight ahead at the village’s southern end. The rest of the 7th Cavalry would move cautiously forward, under a boiling sun and half-choking on the yellow haze of fine dust, through Medicine Trail Coulee to avoid detection and arrive at the buffalo ford opposite the village.

Benteen and his troops were sent to search for any hidden villages or possible ambush situations. Neither Reno nor Benteen would rescue Custer at the ford when he was ambushed. When scouts reported Indians fleeing about the village, Custer and his five companies of about 220 troopers, on thirsty and exhausted horses, thought only of storming the village.

Instead of surprising a confused Indian camp, Custer had stumbled into an ambush of about 2,500 warriors in camouflage defensive positions on the river bank. Quickly they surrounded the 7th Cavalry force, pouring in a deadly fire with their Winchester and Henry repeating rifles. With Custer wounded and the companies leadership destroyed, the surviving members of the attack retreated three-quarters of a mile back to “Custer Hill.”

Here the Indian warriors finished the battle along the Little Bighorn by killing what remained of the C, E, F, I and L companies. Within a few hours, the Battle of the Little Bighorn was lost, not where they found Custer’s body, but at the buffalo crossing at the river’s edge. The Medicine Trail Coulee ford was the turning point.

The victory did the Indians nations of the Montana and Dakota reservations little good. Scattered bands still roamed the hills, but approaching winter and Terry’s Tongue River campaign in October 1876 took the heart out of any further resistance.

In the long run, the collapse of the Indian resistance was due neither to improved armaments nor superior strategy, but to a factor which neither antagonist had any control: the extermination of the buffalo. Those shaggy-horned beasts were food and shelter for Plains Indians. Where the buffalo went in search of grasslands, the Indians followed in their wake. That’s your history!