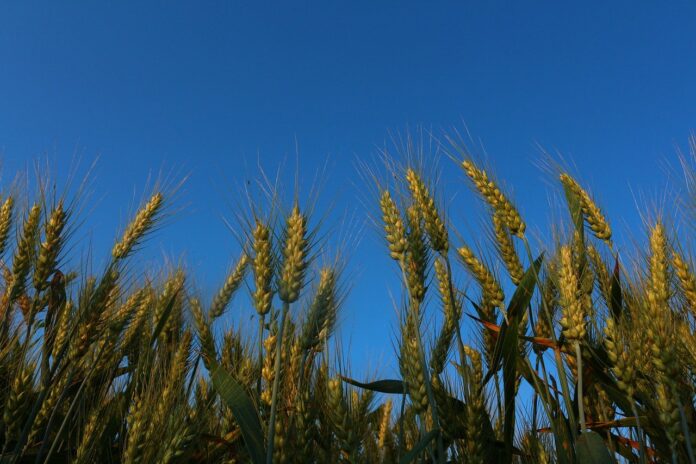 Our little town is the county seat, so every August, the town hosts the county fair, a weekend full of prize produce, antique tractors, sheep, chickens, calves and bunnies, with stick horse races for the youngsters and a big rodeo to round it out. There’s also community meals, live music on Main Street, and food and drink in abundance; something for everyone, and then some.

It’s a festive time that not surprisingly coincides with Lammas (or Loaf Mass), an Anglo-Saxon holiday that marks the harvest of “first fruit.” Found in the Celtic tradition, this holiday revolves around the first cutting of grain and also lauds Lugh, the Sun King, as August is his sacred month. Feasting, market fairs, games, and bonfires were all part of these traditional celebrations. Sounds lovely, right?

The reasons our British forebearers celebrated this way is the same reason we do — much has changed in our modern way of life, but the circle of the sun certainly has not. I find that quite reassuring, and I never tire of discovering these connections to the past and to nature.

Meanwhile, I often find myself getting nostalgic for a past I never actually experienced, especially at harvest time. It is a past where folks put up all their winter supplies themselves, and where the county fair was the one big event of the whole summer. Otherwise, slow evening hours unfolded with only the music of insects and birds.

In my sepia-colored version of this time, when the community celebration of first fruit was as essential as the sun, people didn’t have the luxury of too many choices and therefore drew pleasure from what was available. Of course, living by the soil wasn’t all festivals and quiet dusks.

Back when Lammas was originally celebrated, harvesting grains was a process so labor intensive it is hard for us modern folks to even comprehend. Back when threshing, winnowing, milling and all the rest were done by hand with only hand-hewn tools to help, the ease of working with a modern tractor would have been an unimaginable phenomenon.

Last fall, our region was deep in drought and desperate for winter feed, we counted ourselves lucky to find some wheat hay to purchase. During the intervening months, some of the wheat kernels planted themselves beneath the bales and began to sprout this spring. The result is a few hay-bale-sized stands of wheat in the field where we store our hay during the winter.

I bought a countertop grain mill a few years back, so in honor of Lammas, I took the kids down to pick the wheat and to make ourselves a traditional “Lammas Loaf.” I researched the process and knew what to look for: kernels that were hardened and stalks that were uniformly gold, with no traces of green left.

A quick glance around revealed that not much of the wheat was actually ripe enough to harvest yet. I immediately downsized my dream of a “Lammas Loaf” to a “Lammas Pancake,” which as it turned out was just fine. After about two minutes, the kids were ready to be done.

They’d been excited about the idea of harvesting their own wheat to grind until they actually started. “I think this is probably enough,” my son said confidently as he handed me three stalks, the sum total of his approximately 10 seconds of labor.

When I encouraged him and his sister to keep picking, both kids suddenly began to realize how hungry they were and worried about how long it would take to walk back to the house. Soon after feet and legs began to ache, and fears about dying of hunger escalated.

There is now a bowl on my counter filled with the un-winnowed heads of wheat we managed to collect. It’s not a big bowl. I doubt there is even a “Lammas Pancake” worth of grain in there.

Still, there is much to be gained from remembering and embracing tradition. Namely, that we are very lucky to live when and how we do.