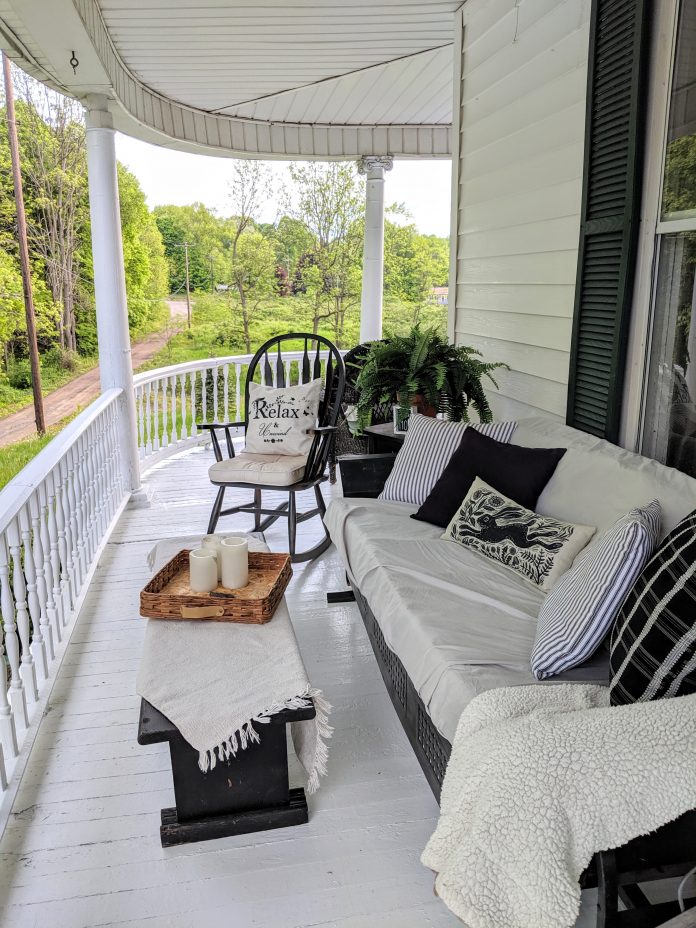 Last weekend, we moved our son into his first hovel. To be fair, “hovel” may be a strong word. His sister forces cheer and says, “every apartment has a quirk!” As his mother, I’m sticking with, “it builds character.”

All this to say that our child is living in an apartment where water pours in the windows even on sunny days and there is a distinct footprint on the ceiling from before he moved in. I am just grateful he grew up camping in the woods and sleeping outdoors. He is used to rugged conditions.

For the record, he could afford better. He could not, however, find anything better. The rental market is outrageous right now. The housing market is worse.

This isn’t just idle conversation. It is reported that buyers are offering tens of thousands of dollars over asking price, and in some areas, going up to a million dollars over, with major sport tickets and luxury resort vacations thrown in to sweeten the deals. Makes those $100 holding fees to rent apartments sight unseen seem downright tame.

Nonetheless, the lack of housing is severely hampering the ability to accept education and career opportunities for people of all ages. I have long said that “healthy birds fly.” Since graduating together last month, both our children have been apartment hunting so they could fly closer to where they would soon be hard at work. The process itself has proven to be very hard work.

BoyWonder graduated with a job waiting for him. He was further blessed with a move-in package and assistance from the human resources division of the company that hired him. This kid had the world by the horns — until no one, for love nor money, could find him an apartment that would be ready in time.

Accordingly, BoyWonder started his first day on the job staying in a hotel and the first week living on an air mattress in an apartment that didn’t have appliances. He had an air fryer and an air mattress, and almost nothing else.

GirlWonder is currently unable to find anything closer to her law school this fall. Fortunately, she has a cute place but it’s quite a ways out and I have concern for her spending hours per day on the highway. I know newlyweds living hours from their new jobs because homes are simply not available.

As a former landlord, I am happy for other landlords who may finally be in a better position after years of struggle. On the other hand, I cannot fathom the folks who proudly show off absolute squalor as if they are doing applicants a favor.

In the past weeks we have personally seen management companies proudly provide tours of apartments with collapsing ceilings, water damage, mold and, my personal favorite, a wooden cutting board caulked to the countertop to cover a hole, rather than simply replacing the 50-year-old Formica.

That one is in BoyWonder’s apartment. Remember, we said it was quirky. I tossed a clean towel over it and called it clever. I am just about out of euphemisms to make neglect sound charming.

Each listing included a long waitlist and application fees in excess of $40 per person before they would even show an apartment. I’m convinced some management companies are making a tidy side income on application fees alone.

I have never been the parent who dreamt of our kids living in our backyard long-term. I want them to fly where their dreams take them. I don’t believe in clipping their wings. That said, we now face our empty nest with the reality that we cannot even consider downsizing our home yet.

We worry our high achieving young adults may not be able to find future housing if this keeps up. We have one of the hottest commodities around: we have land. Healthy birds will fly. These days, some parents may find it necessary to hold down the nest, and even contemplate adding a few birdhouses.