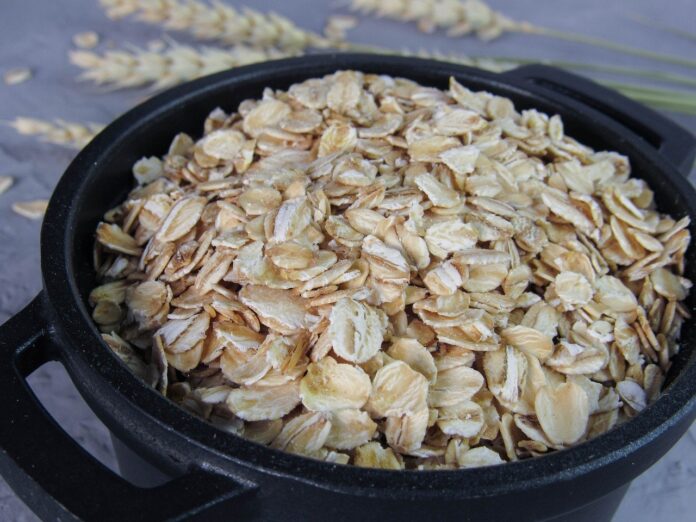 I loved a hardy breakfast back when I was growing up, with bacon, eggs, and hotcakes soaked in homemade maple syrup.

Or French toast cooked a golden brown with sausage on the side. And potatoes from the garden that were sliced, and butter fried.

But Tuesdays and each Friday we’d have toast and steamed oatmeal. Back then I called it torture how it made my stomach feel.

To me there was no question why old timers called it gruel. If you really think about the name, it sounds a lot like cruel.

One day my father came to me and said, “Let’s make a deal. I’ll give you this old saddle if you’ll eat your danged oatmeal!”

You can have your pick of bridles or any tack in here. But you’ll have to eat your oatmeal, not complain for one full year.

“It sounded like a deal, but I was sure of dad’s intent. If I ate that goo for one full year, for certain I’d relent.

The day my long year started, Mom made oatmeal, just for fun. I gagged it with a smile. My stomach said, “Let’s cut and run!”

I conjured up so many ways to get the oatmeal down. I even added chocolate chips, which made my mother frown.

A glob of Karo syrup kept my gag reflex at bay. And it even helped pretending, I’m a horse whose eating hay.

For one full year, I ate those oats. It seemed like every day. And never did I whine or cry. It was time to get my pay.

I told my dad our year was up but still I had concern. ‘Cuz the thought of eating steamed oatmeal still made my stomach churn.

My father looked at me and said, “I see you got it done. And you never even once complained. It didn’t look much fun.

“If the oatmeal tastes that bad to you, don’t eat it anymore. You can run this by your mother. I’ll let that be your chore.

“Well sixty years has come and gone. I still have my old saddle. But try and push oatmeal my way. You’ll have yourself a battle.