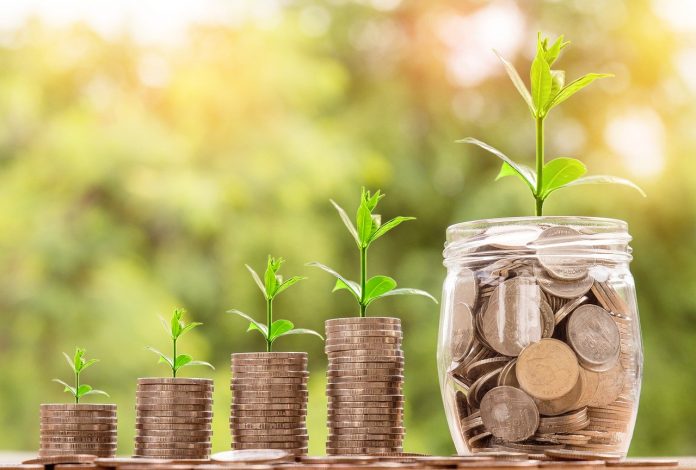 With the price of groceries and other goods on the rise, many people are trying to make their money count for more. Our family is no exception.

While being frugal seems to be a buzzphrase right now, it has been foundational for many generations. Throughout history, frugality was birthed out of necessity.

After a short spell of prosperity following World War 1, the economy came to a crashing halt known as the Great Depression. It is hard to believe that time period is only two generations back from me in my family tree.

My grandparents lived during the Great Depression. I don’t know all the details of all of their circumstances, but I do know times were rough and it was a defining time in their lives. They were ingrained with modest spending habits that never left them as they enjoyed their golden years.

One particular way of being frugal left a lasting impression on me. After hearing that there would be a spring wedding in the family, my grandma was excited to wear her favorite pink dress.

While sorting through family photos, my cousins and I realized she wore that same soft pink dress with a lace collar to a few graduations and multiple weddings over the years.

The onset of social media influencers and high-pressure marketing has changed the average response to an invitation to a wedding or special event. Instead of looking forward to wearing a favorite dress, I have to resist the urge to shop.

Just to make it seem trendy, there are new terms and expressions for living with less. Minimalism is the movement to intentionally own less. The words minimalism and frugality were not joined together until after the economic crash in 2007. Then it became a way for people to simplify their environment and save money at the same time.

The idea behind minimalism as a lifestyle is to only own things that serve a purpose. Neutral shades of paint for decorating and less clutter are both examples of minimalism. The claim is that the process of owning less reduces stress and saves money.

Another word I have been hearing a lot lately is hygge, pronounced HEW-guh. It is a Danish principle that has simple living and comfortable spaces as its core values. The word hygge is both a noun and an adjective in their language. The closest translation means well-being in English.

Picture a harsh, long winter in Denmark. Now imagine all the happy Danes in their cozy homes drinking tea or hot cocoa near a crackling fire. It sounds too good to be true. However, based on several studies and surveys, Danes are the happiest people in the world.

It is not just sitting by a fire or reading by candlelight, it is also limiting screen time and phone usage. Nature is embraced as a way to de-stress; walking and hiking are popular pastimes in Denmark.

I find all these principles very interesting and definitely see value in simplifying my home as well as my schedule. My husband, on the other hand, finds these principles hysterical, and I see his point.

If we need tips and pointers on how to live simply and frugally, the most meaningful place to look is at our family tree. My grandparents didn’t strife for Pinterest-worthy home decor and furniture. They lived within their means and spent money only when provoked by necessity.

After years of marriage, I also realize that being frugal and farming go hand in hand. While I want to toss or donate everything we don’t use, my husband tends to save more in case we need it in the future.

With a smile on his face, my friend and pastor said, “If you ever need something, ask a farmer.”

He was starting a sermon series on end times and asked my husband for help. He wanted the sanctuary area of the church to be staged like an end-times scenario. Not surprisingly, my husband was able to supply him with lots of “stuff.”

Agreeing to disagree, I keep sorting and donating and he sets things aside in case we could use them or need them later. Neither one of us is right or wrong and that seems to work for our marriage.

Fancy titles and lengthy descriptions of how to live can be entertaining, but I know exactly where I can learn values and tips for frugal living.