With fishing season in full swing success often comes down to weather, which of course, includes high pressure, low pressure, and everything in between, with every change a reason for fish to feed or sulk. Add to that barometric variable, water temp and water color. What’s a walleye fisherman to do?

It’s a go or no go problem for most of us, but just another challenge to a dedicated tournament angler, and that’s who show up for every walleye contest scheduled by the Ohio Walleye Federation, the local first step for anglers hoping to work their way into national, more prestigious tourneys.

After a couple of one-day contests to set the stage, a two-day championship contest was held on Lake Milton and Mosquito Lake, both temperamental walleye waters that often run hot and cold, sometimes both on the same day.

This two-day event combined the weight of walleyes caught by two-man teams. While total weights were not impressive, the competition was.

Winning the championship contest was the team of Jon Siembor and Keith Whitlatch, with 23.22 pounds.

From there it went like this: second place for 23.08 pounds, to Jim Gwynn and Matt Whitacre; third for 22.52 pounds was claimed by James Dean and Jeff Metzgar; fourth spot with 21.07 pounds went to the team of Mitch and Chris Shipman; in fifth spot, with 20.90 pounds, was Anthony Naples and Chris Durkin; and claiming seventh prize was the team of Steve Baylor and Steve Booher, with 19.86 pounds of walleyes.

The winning team of Siembor and Whitlatch caught their fish by trolling crank baits and worm harnesses.

The next OWF event will be held on Lake Erie, launching from Lorain, leading to a second championship for Lake Erie only walleye catches. More information about contests past and future can be found on the OWF website.

But there are more fish to catch than walleyes. So say Pennsylvania based-Rippin Lips cooks, who have perfected what they feel will set the world of catfishing on its whiskers.

To be sure, making stuff to trick catfish is what Rippin Lips is all about, producing a product line to be known as Bootleg dip baits, with great labels like Bold and Bloody and Sweet and Sticky, stuff only a catfish could appreciate.

Rippin Lips personnel claim they have spent countless hours in the lab and hunched over fish’n holes developing and testing the Bootleg line, and have settled confidently on a blend of cheeses and what they say are “catfish craving” ingredients.

It’s likely, according to pro catfish angler John Jamison, that the new Bootleg dipping baits will become a lure of legend. Sound like something cooked and bottled in a secretive hollow, deep in the back woods?

The secret to good catfish dip baits is the ability of the stuff to stick to hooks and more importantly, to attract the attention of always hungry catfish.

Jamison said Sweet and Sticky works especially well in rivers, where the scent is so powerful it attracts distant catfish. He turns to Bold and Bloody for night-time lake fishing. Both, he said, are better than chum when it comes to attracting scent feeding bottom feeders.

According to Rippin Lips promoters, both Bootleg flavors will soon be in several tackle department shelves, and prior to distribution can be can be had directly from the factory at rippinlips.net. 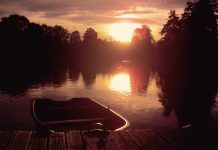 Happy trails to you, until we meet again 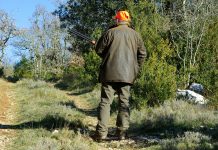 The development of hunters and fishermen as they age 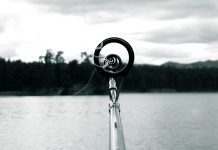