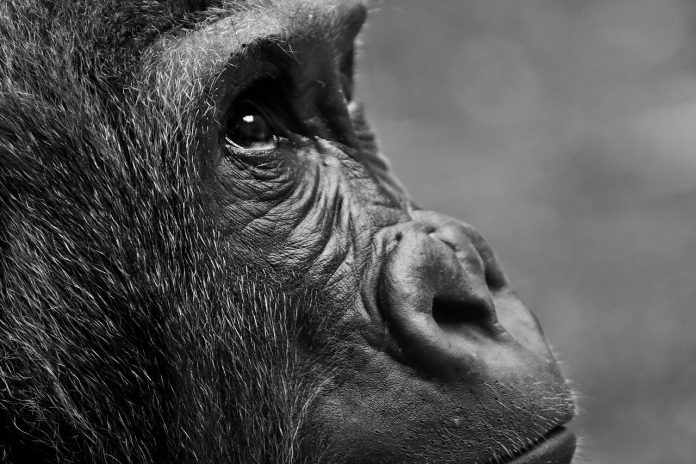 A troop of fifth-grade Girl Scouts in Ohio, wanting to work with animals, morph their Bronze Award project into helping save gorillas (and defeat guerillas) in a Central African country. Granted, it did not involve working directly with animals at a zoo, which was the troop’s original plan, but much was learned about the integral connection between how our actions in the Midwest can affect those in the Eastern Hemisphere.

Since learning how our actions can cause undue harm to humans and wildlife across the world, the troop hopes to inspire people to make simple changes in their lives to ease the burden on others.

A lesser-known type of waste that can be easily recycled is e-waste, or electronic waste, such as cell phones, laptops, televisions, PlayStations and more. E-waste may contain toxic materials that, if not disposed of properly, may be harmful to people and the environment.

The other end of the e-waste stream is the collection of natural resources. While many Americans don’t give a second thought to the disposal of these materials, a quick glimpse of this unsettling reality of where the materials come from makes it difficult to ignore.

The Democratic Republic of the Congo is one of the world’s richest countries in untapped natural resources due to its abundance of mineral deposits. Unfortunately, the opportunity to make money mining “conflict minerals,” which are used to manufacture electronics, has been exploited due to violent guerilla or militia groups wanting their share of the wealth.

Conflict minerals are natural resources that are mined in areas of armed conflict and the profits made are used to finance continued fighting. Militia occupy the Democratic Republic of the Congo and control many of the illegal mines where the 3TGs (tantalum, derived from coltan, tin, tungsten and gold) are extracted from.

Hand in hand with illegal mining and militia are human rights abuses, child labor, pollution, habitat destruction and violence. To keep up with the increased demand for cell phones, laptops, tablets, and other handheld electronics, more of the conflict mineral coltan is mined because of its ability to store and release electrical energy.

Mining these conflict minerals damages the environment, brings violence to humans and greatly impacts wildlife and their habitats. A large threat to the future of wildlife in Africa is the trade and consumption of “bushmeat.” According to the U.S. Fish & Wildlife Service, bushmeat comes from “the illegal and unsustainable over-hunting of wildlife for meat and income.”

In the Democratic Republic of the Congo, the already endangered gorillas are heavily poached. They are targeted since they can be easily tracked, move slowly on the ground in groups and provide a lot of meat.

Poachers tend to hunt the group leader, which is usually the only male, since he is the largest. Once killed, the leader is no longer able to protect his family and no babies will be born until the females join a new group. Baby gorillas brought into a new group may be killed by the new leader.

Most consumers are not aware of how their electronic purchases can finance militia groups occupying the Democratic Republic of the Congo and profiting from mining conflict minerals. The real cost of conflict minerals, the exploitation of Democratic Republic of the Congo communities and brutality to its people and the endangered gorilla, would not make for a popular advertisement.

Be aware of where materials come from when considering a new cell phone or other electronic devices. Public companies are required in the U.S. to disclose their use of 3TGs and determine if they were sourced in an ethical manner. Hold onto your electronics a little longer by not upgrading as often.

Learn to repair your electronics

The Federal Trade Commission recently announced tech companies must make their electronics easier for consumers to repair. Recycle electronics so they can either be re-furbished for use or taken apart to salvage items that would otherwise be mined for.

Needless to say, delving into the layers of this project was a powerful learning experience for me along with my Girl Scout troop. To earn the highest award at their level, the girls chose to focus on the cruelty to animals in the Democratic Republic of the Congo.

After much discussion, research and meetings with the Akron Zoo and Eco-Cell of Louisville, Kentucky, the troop made drawings of animals found in the Democratic Republic of the Congo and living at the Akron Zoo.

The drawings and information about the recycling process were placed on a bin that is presently showcased at the entrance of the Akron Zoo to collect electronics that would otherwise be thrown out.

When the bin becomes full, the Akron Zoo calls Eco-Cell to pay for shipping of the electronics to their facility. Eco-Cell sells what electronics they can and for those that are obsolete, the precious minerals are recycled, thereby reducing demand for mining coltan.

Profits are divided between conservation efforts supported by the Akron Zoo and money donated by Eco-Cell to nonprofit groups through CREDO Mobile. For more information go to eco-cell.com.

There are also other locations to recycle cell phones and electronics such as Staples, Best Buy, Walmart and maybe your local solid waste facility. Through the troop’s e-waste bin and story, the Girl Scouts hope to inspire others to better manage our natural resources with compassion.

In the words of John Muir, “When we try to pick out anything by itself, we find it hitched to everything else in the Universe.”