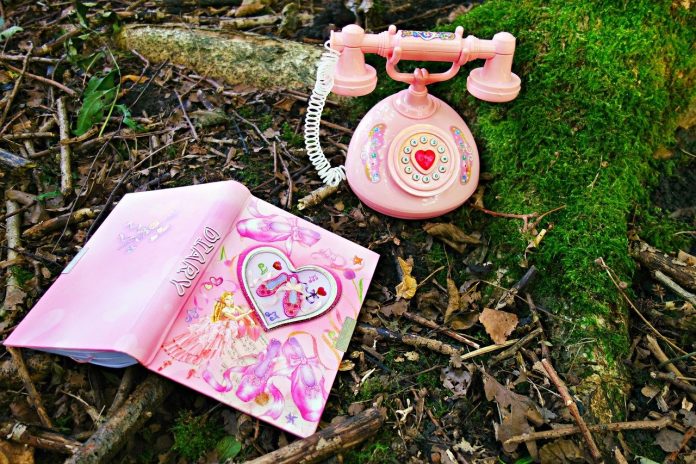 “Sometimes the most mundane little things become our big things as life lives out.”

Words, just words, but speaking to us from our own voice of long ago, just might be one of life’s most surprising gifts to be unwrapped. A collection of items that had been boxed up and tucked away for a lifetime turned up recently as I forced myself to go through some old things.

Most of it was unremarkable, but at the very bottom, wrapped in muslin cloth with my first attempt at needlepoint stitched upon it, was a bright yellow diary. I had just become a teenager, and my daily entries show the trite bits of life that stand out in the mind of a 13-year-old.

I noted the drama of school life, girls who seemingly enjoyed hurting the feelings of other girls, early mornings spent in the milking parlor before rushing off to school and late summer nights putting up hay. I wrote of showing a 9-year-old boy around our farm while his grandparents, the Spencers, discussed the possibility of one day selling their farm to my parents.

“I took him out to see our pigs. He had never seen pigs. Not ever!” I wrote that night in disbelief.

Much more bland were the noted visits from my maternal grandparents, and my paternal grandfather, seemingly assuming they would be around forever.

I thought my body would break as I repeatedly fought tonsillitis and high fevers. One August day, I noted my mother took me to the doctor for a shot because my fever remained high, in spite of oral antibiotics.

“I milked this morning and still had to milk tonight and my temp is 102. I feel like I am going to die,” proclaimed the 13-year-old with glitter blue ink pen in hand.

I lived to tell about it, all these years later. And I still have my tonsils.

I wrote of the Amish crew busy on our farm that summer, building a free-stall barn and often having meals with us, at the insistence of my parents. Because of construction and concrete, there were days we had to start the morning milking extremely early and the night milking far later than we normally did.

That challenging schedule seemed to crimp my style, as though I had more important things to do. But, the friendships formed with the crew did leave a deep impression.

“Today was the Amish men’s last day. We had them in for pop and ice cream and Dad told them they’ve been great. We really are going to miss them,” I wrote on Aug. 8. “Tonight I went fishing by myself and thought we won’t ever see them again. It made me sad.”

I couldn’t have foreseen it, but a number of years later, after a long drive to a small restaurant with my husband and my parents, a man approached my father.

As my dad stood up to shake the hand of this man, we both suddenly realized it was Mel, the youngest boy on the crew that summer. He told my parents he had never forgotten their kindness, and the bonus of popsicles, ice cream cones and pop left a happy memory of that summer.

A few years later, we would have another chance encounter with the foreman of that crew, and it was such a happy reunion.

The sadness I carried to my diary that night at 13 says so much about how our focus on the moment can be convoluted. No matter our age, we often somewhat blindly disregard the important people in our lives. In other cases, we are often sad to bid farewell, unable to see the gift of a memory made that will carry forward in our lives.

As someone much wiser than the average person once said, “Don’t be sad it ended, but be happy that it happened.”

One thing I did get right, even then, is the realization I was lucky to have a good man as my father. On his May 31 birthday, I wrote: Dad is 41 today. We had a party and he got gobs of gifts. He thanked everybody for coming and told great stories and had us all laughing. I love my dad so much. One day I hope to write a story about his life. He is pretty incredible.

Even a kid gets some things right.