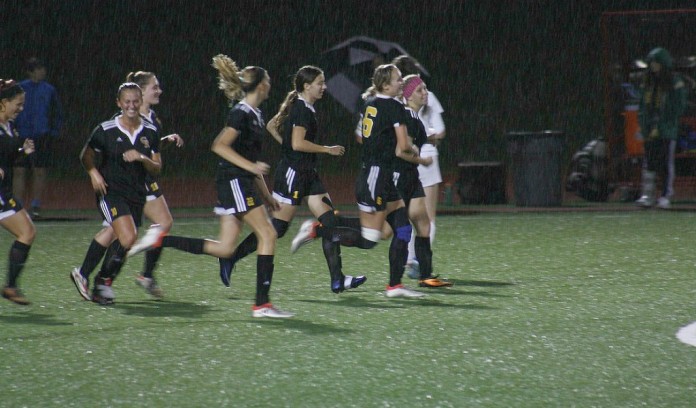 If you are a parent or guardian who gets overly passionate about youth sports to the point of anger and discord, please explain yourself. Do lives hang in the balance of a T-ball score? Do you have money riding on a high school soccer game? Why are grown adults who should certainly know better so unable to keep themselves in check?

Did you know that there is a shortage of certified referees so dire that it is putting youth and high school sports at risk of ceasing to exist?

According to the New York Times, approximately 50,000 high school referees have quit since 2018. The cause? Disrespect and threats of violence from coaches, parents and players. This is causing young athletes to lose game and league opportunities. Without certified officials, there cannot be games. Period.

I’m not new to sports parenting. I consider myself a varsity sideline sitter. I actually photographed games for many years which has the benefit of keeping one busy and focused — literally and figuratively.

I know how otherwise kind and seemingly sane adults can embarrass themselves from the sidelines — or worse. Asking if the referee is blind is an age-old pastime. We get it. A little “oh c’mon it was safe by a mile!” can be sort of cute. However, when referees are being disrespected, threatened and gameplay is stopped because adults cannot behave we have a problem that is not child’s play.

I’ve sat calmly and listened to parents talk trash about the referee — when that referee was my 15-year-old son. For the record, he was educated, tested and certified. His calls weren’t wrong — the parents were. It was not worth arguing with them forever. Also, it was a game played by 10-year-olds. At the end of the day does it even matter? Calm down, dads.

Look, my kid was the yellow card king of the league, and he didn’t disrespect officials. He played hard, and he played fast. He knew he risked some discipline. He took it with civility.

I am not going to say he didn’t complain in the car later. To the referee directly? Never. More so, when he was addressed by an official, his father and I zipped our lips. Period. Our opinions on whether or not it was a foul were not necessary — nor would they sway the game.

Today I see kids being told by their parents from the sidelines, to walk off the field. One young “lady” mooned the entire opposing sideline after a game. I’m told her parents thought it was hilarious. I cannot even imagine. My mother would have been so mortified I would probably still be grounded to this day — and I graduated in 1986.

Adults set the tone. Children are just following their lead.

From my vantage point, as a veteran sports parent, I am here to break some hard news to the over-involved sports parent: your kid probably isn’t going to go pro. In fact, they probably aren’t even going to pay their way through college. I’m not saying it’s impossible, I’m saying your time would be better spent on academics if that is the end goal.

In fact, both BoyWonder and GirlWonder were offered sports scholarships. In all cases, the scholarships didn’t pan out as being worth enough to cover the additional costs, time constraints and risk of less focus on academics.

Team sports build so many amazing skills and memories. What my athletes never discuss — or even seem to remember — are the exact scores of each game. In fact, they don’t seem to recall or care what championships they won or lost at this point. What they took with them is work ethic and teamwork, the coaches that were hard on them and the opponents who became friends.

GirlWonder actually had a coach who could best be described as “crazy.” This isn’t me being a sour grapes parent, this coach was actually arrested. Still, even with that, this coach taught her some skills for dealing with difficult people. She’s going to be a lawyer and this comes in real handy. We should probably send that coach a thank-you gift.

As adults, we need to get a grip. Start calling people out on their bad behavior on the sidelines. Empower athletic directors to remove fans who are detrimental to the well being of players and officials.

Remember: we are not raising children. We are, God willing, raising future adults. It is up to us as a society to model civilized behavior. This will all come in so handy for these young people later — when walking out of the class or off the job just isn’t a viable option.