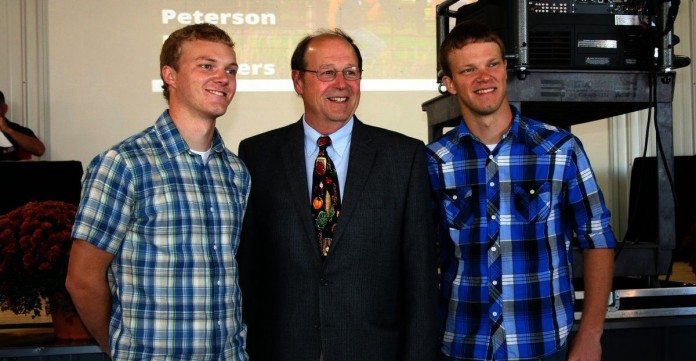 By David T. Daniels, Director of the Ohio Department of Agriculture

The past four years have certainly been a time of change and progress for Ohio’s agriculture industry. Tax cuts, research, new investments and priorities and strong leadership have helped our state’s farmers and food producers grow even stronger.

One of the most monumental transformations for the agriculture industry in decades has been Governor Kasich’s tax reform. The 2011 elimination of the “death tax” means farmers and their families are no longer under a long-term financial burden just to do their jobs. Additional tax cuts for small businesses are helping farmers by cutting taxes in half for the first $250,000 of business income. These tax breaks are putting money back in the pockets of those who provide us with our most basic necessities.

In 2011, we also enacted the nation’s first comprehensive livestock care standards after months of reviewing scientific information and holding numerous public meetings. The result is a regulatory structure that has become a national model for balancing farmers’ production needs with consumers’ demand that farm animals be cared for responsibly. The standards protect farmers who are doing a good job and allows them to continue to produce safe, wholesome and abundant food.

In 2012, Ohio became the first state to be granted approval in the new federal program that allows certain state-inspected small businesses to sell their meat products across state lines. For small and specialty meat processors this is a long overdue opportunity to expand customer base and get Ohio products into new markets without burdensome and expensive changes to facilities.

The Ohio Department of Agriculture began recognizing bicentennial farm families in 2013 as a way to honor these incredible small businesses and recognize farm families who have made a commitment to keeping their businesses in Ohio. These families have been living and farming on the same property for at least 200 years, making them some of the oldest continuously operating businesses in the state. We now have identified 73 bicentennial farms in 34 counties, not to mention the more than 1,000 century farms also registered all across the state.

Just this past year, Ohio Department of Agriculture scientists made a scientific breakthrough that is helping pork producers all across the nation in the fight against the Porcine Epidemic Diarrhea virus. Genetic sequencing of a new strain of this virus, performed by staff at the department’s Animal Disease Diagnostic Laboratory, may lead to a marketable vaccine for swine in the near future.

Over the last four years, we’ve been working together to feed a growing population while making vast strides in the efforts to improve water quality in the state. We’ve made much progress in this area, including fertilizer certification training and the promotion of nutrient stewardship practices, research on best management practices, watershed monitoring, and septic system cleanup, but there is still more to do.  In the next four years, we will continue to prioritize research and training to equip farmers with the best, most effective and most efficient tools available.

As we usher in a new year, Ohio’s farmers and food processors have much for which to be thankful, as do the 11.5 million Ohioans who benefit from the products they produce and the jobs they provide.