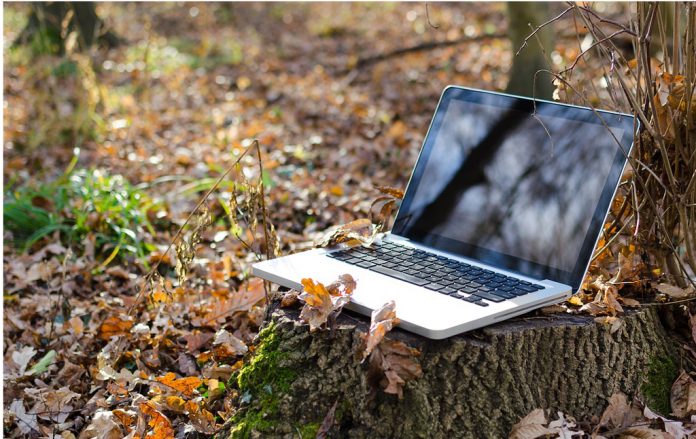 Twelve years ago this month, the lovely Catherine and I moved from a three-story, oak-lined Victorian house in town to a modern, all-brick home in an unincorporated, rural community six miles north.

The mid-life migration delivered a quieter, safer life of no ladders, no roofing, and no painting.

Today, the office landline is gone as is the weather-affected satellite internet dish. Mobile phones and a cellular internet plan — more reliable and more functional — replaced both.

The upgrades aren’t cheap. Today, our basic monthly phone and internet service is, in fact, stupidly expensive; it nudges $300 per month.

Even more surprising, the hefty tab buys just a 50-gigabyte barrel of shared voice and internet data each month, an amount that barely accommodates my business (column research, a website, several online publications, Twitter, email, farm news services, etc.) and our iPhones and permits no online “streaming” of any television, radio, or music.

And if the 50-gig barrel overflows by one byte — which Verizon ridiculously classifies as a “gigabyte” — we get nicked $10 more.

Of course it’s outrageous. After all, we don’t live a four-day yak ride from the nearest internet cafe in western Tibet.

We live, literally, 2,745 rows of corn from a fiber optic pipe that flawlessly delivers the 21st century to our friends in town at 186,000 miles per second.

On our steep downside of the digital divide, however, it’s 1994.

After spending nearly $30,000 on internet and telephone service since moving to the “modern” house 12 years ago, the download speed on my computer is now 0.90 Mbps (megabytes per second) and, wow, 3.61 Mbps for uploads.

Worse, it will be 1993 next year and 1992 the year thereafter because while the rest of the world is moving on to even faster internet connectivity, 39 percent of rural America, according to the FCC, remains stuck in the internet slow lane of corporate indifference and political patty cake.

On the corporate side, today’s telecomm giants are plotting how to use their new, lightning fast 5G mobile broadband to challenge internet- and television-delivering cable companies.

For their part, cable companies, richer and thus more readily able to invest, are quickly positioning themselves to — you guessed it — buy these telecomm challengers to share, rather than compete for, the coming unregulated riches.

As a detailed June 16 Wall Street Journal story discovered, however, there’s been little progress after decades of talk and billions in spending. Some private efforts have found success.

Not long ago, explained the Journal, a rural Missouri electric cooperative, Co-Mo, borrowed $80 million from two private lenders and asked co-op members to contribute $100 each to build a local fiber optic network.

The result: “An estimated 70 percent of Co-Mo internet subscribers have 100 Mbps service that costs $49.95 per month…”

That’s just one way to bridge the rural internet gap. Farm and ranch leaders must find other ways and put their weight into implementing them.

Cost is less important than function because most rural folks are already paying through the nose for inadequate — and, in fact, awful — service.

The bigger reason, however, is that the hope-filled future lies on the other side of gap and 23 million of us can’t get there.