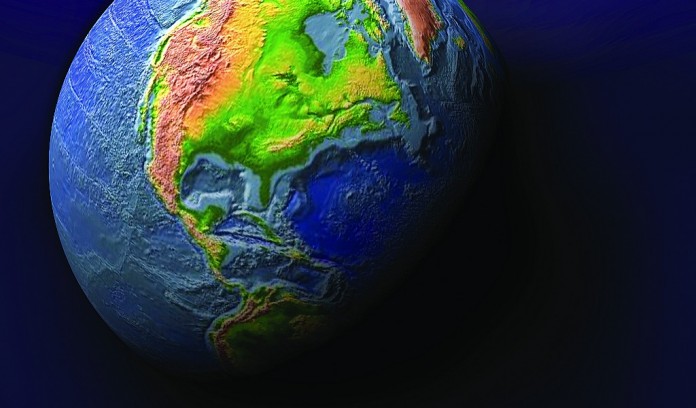 The motto on the seal of the University of California proclaims Fiat lux, or translated from the Latin: “Let there be light.” Beyond the Biblical reference, the phrase highlights the importance of knowledge as a beacon.

And that’s exactly what Frank Mitloehner, animal scientist and Extension air quality specialist at the Davis campus of UC, has been trying to do when it comes to the subject of cattle and methane — shining a light on fact versus fiction.

Mitloehner has spent his professional career researching ag’s role in air quality. In fact, the ag air quality lab at the UC-Davis campus has his name on it, and in 2012, he was named to chair a United Nations committee to measure and assess the environmental impacts of the livestock industry.

But he’s also spent his career tilting at the global windmills that point accusing fingers at agriculture, claiming we’re to blame for a huge chunk of greenhouse gas emissions, the primary driver of climate change, and fighting agencies that want to levy regulations based on less-than-scientific reasoning.

Full disclosure: Through the years, Mitloehner has received various research grants from agricultural interests, including livestock commodity groups like the National Cattlemen’s Beef Association, although he previously has said those research dollars totaled only 5% of his total.

In 2004, guided by his research, he spoke out about the uncertainties of greenhouse gas emission sources and what he called misguided mitigation recommendations from agencies. That led to the $14 million multi-state, multi-university National Air Emission Monitoring Study that continuously monitored commercial livestock and poultry operations.

And he was the loudest voice challenging misleading portions of the 2006 report, Livestock’s Long Shadow, released by the Food and Agriculture Organization (FAO) of the United Nations, that stated agriculture is responsible for more emissions than the transportation industry. Many anti-animal activists interpreted the report as a push for eating less meat as a way to reduce climate change. (Scroll down to view a video about the impact of U.S. livestock emissions.)

“The carbon footprint of a glass of milk is two-thirds smaller today than it was 70 years ago,” he said in a recent presentation.

Here’s the reality: Globally, meat production will double by 2050. And in developing countries, livestock production’s GHG contribution is approximately 18 percent, which includes changes in land use and deforestation. So, yes, agriculture needs to be concerned about livestock production methods being used worldwide.

Our world doesn’t end at the U.S. borders. No, not every U.S. production method will work in other regions, but there are best practices that would help other nations become more sustainable. Mitloehner’s white paper says it best:

“Now is the time to end the rhetoric and separate facts from fiction around the numerous sectors that contribute emissions and to identify solutions for the global food supply that allow us to reduce our impact on the planet and its resources.”

Watch this video for the Animal Agriculture in a Changing Climate Project, which describes how a Life Cycle Assessment (LCA) quantifies greenhouse gas emissions from animal agriculture.