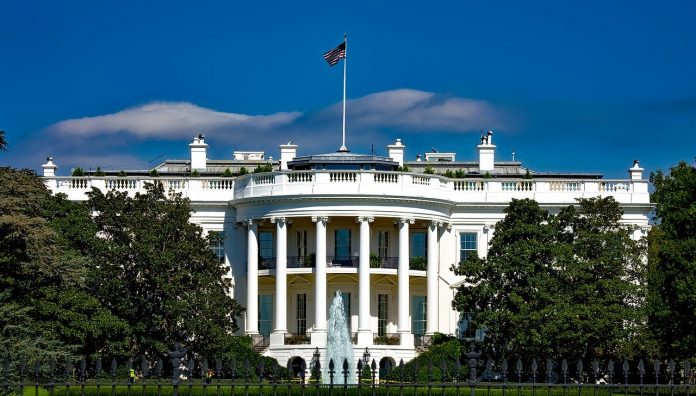 Abraham Lincoln, 16th president of the United States, was accustomed to individuals waiting to invade the executive mansion on a daily basis. They came seeking favors for themselves or others.

But on this Saturday — Oct. 29, 1864 — it would be a different day. The “shop,” as Lincoln liked to call this public gathering, was to have a remarkable visitor. She was coming to see the nation’s leader for a different reason than the thousands of other visitors in the past four years.

The visitor was Isabella Baumfree, who on June 1, 1843, changed her name to Sojourner Truth and became the most famous African American woman in the 19th century.

She was born in 1797, a New York slave for 30 years, sold three times and escaped once before she was emancipated by the state in 1826. She was illiterate but gained fame as an itinerant minister and outspoken advocate for the abolitionist cause and women’s rights.

Truth might have faded from the pages of history, but she had a knack for pursuing a cause until it became a “cause celebre.” In 1828, she became the first black woman to take a white man to court in the state of New York and win.

In the mid-1830s, she lived and worked with a religious cult that imploded over charges of sexual promiscuity and murder. Truth was falsely accused of trying to poison several individuals. To clear her name, she was back in court suing for slander and won damages for a total of $125.

A practicing “born again” New York City Methodist, Truth made her way to Massachusetts where she mingled with other social reformers and anti-slavery activists. Preaching at prayer meetings in exchange for food and shelter, her heartfelt testimony about her religious faith and her life in bondage captured congregations. Her fame increased with the publication of an autobiography in 1850.

Truth, a 6-foot tall rangy woman of 54 years, who spoke forcefully and with conviction, became a legendary individual at the Akron Women’s Convention in 1851.

When a man spoke of the physical weakness of women, she rose to speak, holding the convention spellbound with the refrain: “I have plowed and planted, and gathered into barns, and no man could lead me — and ain’t I am a woman? I could work as much and eat as much as a man when I could get it — and bear the lash as well!”

Newspapers throughout the country printed the Ain’t I a Woman speech which struck a chord with white as well as black and made her the best-known black woman in the nation.

Truth enjoyed additional notoriety in 1863 when Harriet Beecher Stowe wrote an article for the Atlantic Monthly about the black reformer. During the Civil War, she was active in aiding the enlistment of black men into the Union Army and visiting wounded soldiers in hospitals. Her grandson was in the 54th Massachusetts, the most famous of the black regiments.

Despite all that she had experienced, Sojourner was an almost reverent supporter of Lincoln. It was less than a week before the 1864 national election when she and Mrs. Lucy Coleman, a white abolitionist friend, came to see the president at the “shop.”

Upon entering the reception room at about 8 a.m., the two found 12 other individuals waiting. One by one, Lincoln listened to their conversation and in his usual kindness and attentiveness offered each individual help or suggestions to accommodate their request.

When Lincoln turned his attention to Sojourner, Mrs. Coleman said: “This is Sojourner Truth who has wanted to meet you.”

Lincoln the 6-foot-4-inch giant, stood up, made a bow and said: “I am pleased to see you. I have heard of you many times.”

Before Lincoln could inquire the reason for her visit, Truth remarked, “Mr. President, when you first took your seat, I feared you would be torn to pieces like Daniel in the den of lions. Then, if the lions did not tear you into pieces, I knew God would save you and has done so and now I am here to see for myself.”

Truth then thanked Lincoln for being the savior of the nation’s blacks when he issued, by executive order Jan. 1, 1863, the Emancipation Proclamation. She continued by asking him to get the 13th Amendment to the Constitution passed during his next four years. In her final remarks, she told him about her work.

Finally in an almost hesitant voice she asked if he would sign her autograph book which contained the signatures of many famous people. Lincoln’s signature was the one she desired the most. Lincoln took the little book and with the same hand that had signed the death warrant on slavery, he wrote, “for Aunty Sojourner Truth — Oct. 29, 1864 — A. Lincoln.”

As she was leaving, Lincoln rose and took her hand and said, “I would be pleased to have you call again.”

Truth thanked him again for his advocacy of the abolition of slavery, tucked her autography book under her arm and left the presence of the gentleman who had treated her “with the utmost kindness and cordiality.”

After the Civil War, Truth crisscrossed the country aiding the distribution of western lands to former slaves. In her public speaking, she pleaded for economic justice and greater educational opportunities for women and the freed slaves.

And always she invited her visitors to sign her “little book” by asking the question, “don’t you want to write your name in de Book of Life?”

Sojourner Truth knew what it was like to be sold at a slave auction, to be whipped to labor, to work endless hours as a field hand, to become a preacher and an activist for women’s rights and to hold conductors at bay on city streetcars. She lived long enough to see slavery abolished and died at 86, Oct. 26, 1883, in Battle Creek, Michigan.