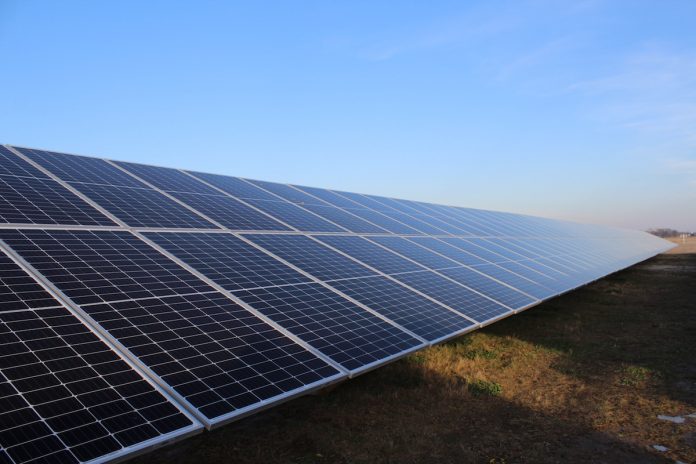 A new Ohio Senate bill would put control of approving new large wind and solar developments in the hands of townships.

Senate Bill 52 would set up a referendum process on certain wind farm and solar facility certificates before the projects go before the Ohio Power Siting Board.

The legislation was introduced by Republican Sens. Bill Reineke, of Tiffin, and Rob McColley, of Napoleon.

There’s a lack of public awareness about these types of projects, Reineke said, during the first hearing for the bill, Feb. 17, in the Senate Energy and Public Utilities Committee.

Large utility-scale wind and solar projects are certified through the Ohio Power Siting Board and, currently, do not need local approval to be built. There is a public comment process through the power siting board, but Reineke said it’s not meaningful or effective for residents.

“The intent of the legislation is not to thwart wind development or the development of renewable energy in Ohio at all,” Reineke said during the hearing. “Senate Bill 52 aims to allow local citizens to decide what is best for their community instead of leaving that decision to people in Columbus, unelected bureaucrats, or us, who think we know what’s best for other peoples’ communities.”

He said he’s heard from constituents that the power siting board process for these projects is “long, uncertain and costly for those who don’t want them.”

There are currently 364 turbines operating in Ohio, 106 turbines have been approved and 121 in pending projects, all in the northern half of the state, according to Ohio Power Siting Board data.

Senate Bill 52 would require developers to give notice to and share project details with township trustees 30 days before applying for a certificate from the Ohio Power Siting Board.

Trustees would then have 30 days to decide whether to pass a resolution allowing or requiring public input, or to do nothing, which would imply support for the project.

A resolution allowing public input would let residents petition for a referendum. The referendum, if allowed, would then be held during the next primary or general election.

The bill is cosponsored by Republican Sens. George Lang, of West Chester; Michael Rulli, of Salem; Tim Schaffer, of Lancaster; Jerry Cirino, of Kirtland; Andrew Brenner, of Powell; and Kirk Schuring, of Canton.

Though Reineke said he’s not against wind or solar developments, he laid out a number of reasons why people may not want the clean energy generation in their backyards.

He mentioned concerns about decreased property values, noise and light pollution, impact on wildlife and the lifespan of wind turbines.

Reineke also talked about the effect wind turbines can have on agricultural land.

“These turbines take out a significant amount of space from our farms’ topsoil,” he said, in the hearing. “Their concrete base can be as large as 10 feet deep and 80 feet wide.”

Wind farms are typically built on private land that is leased or sold to developers. When asked about why others would be concerned with what landowners do on their own properties or farmland, Reineke told Farm and Dairy the size and magnitude of these wind farms impact neighboring properties.

“It completely transforms the landscape,” he said.

McColley said during the hearing that this would be no different than a local government using zoning laws to control what gets built on certain properties.

During the hearing, Reineke and McColley were asked why wind and solar were being singled out in this bill. McColley said the renewable energy takes up more acreage per megawatt produced than other forms of energy.

A Ohio Supreme Court ruled in 2015 that the local governments do not have the power to ban or regulate fracking through zoning laws or other restrictions. Only the state has authority over the oil and gas industry.