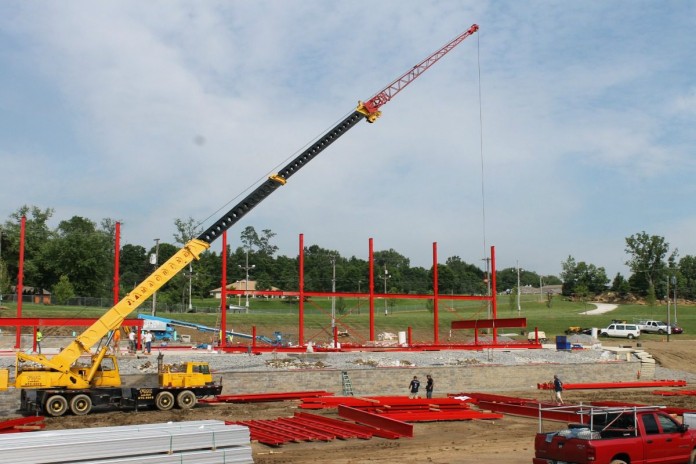 LISBON, Ohio — Contractors have begun erecting the steel that will be part of the Columbiana County Fairgrounds’ grandstand project.

“Everything looks like it’s on track,” said Columbiana County Fair Board President John Wolf. The grandstand is expected to be in place for this year’s fair, which opens July 28.

Wolf said the steel erector contractor arrived on time and was putting the steel beams up for the grandstand June 20. 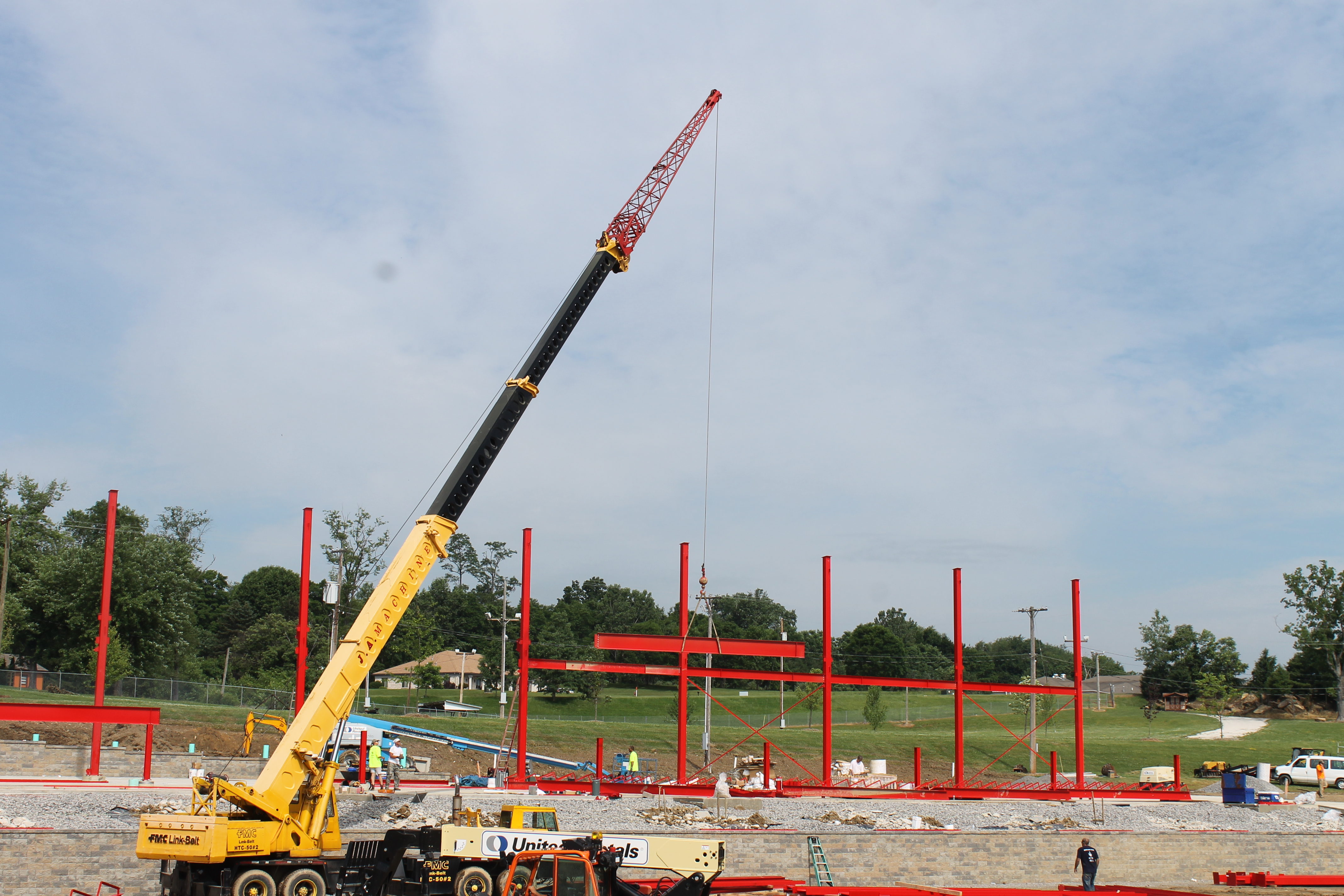 He expects visitors will see a great transformation of the grandstand site within the next week.

Wolf said the fair board and community are excited because it has been a long time since the fairgrounds took on a project of this size.

“We look forward to the great grand opening of this year’s fair,” said Wolf.
Wolf said the fair board is working to ensure everything that was disturbed by the project is put back in place by the time the fair begins. 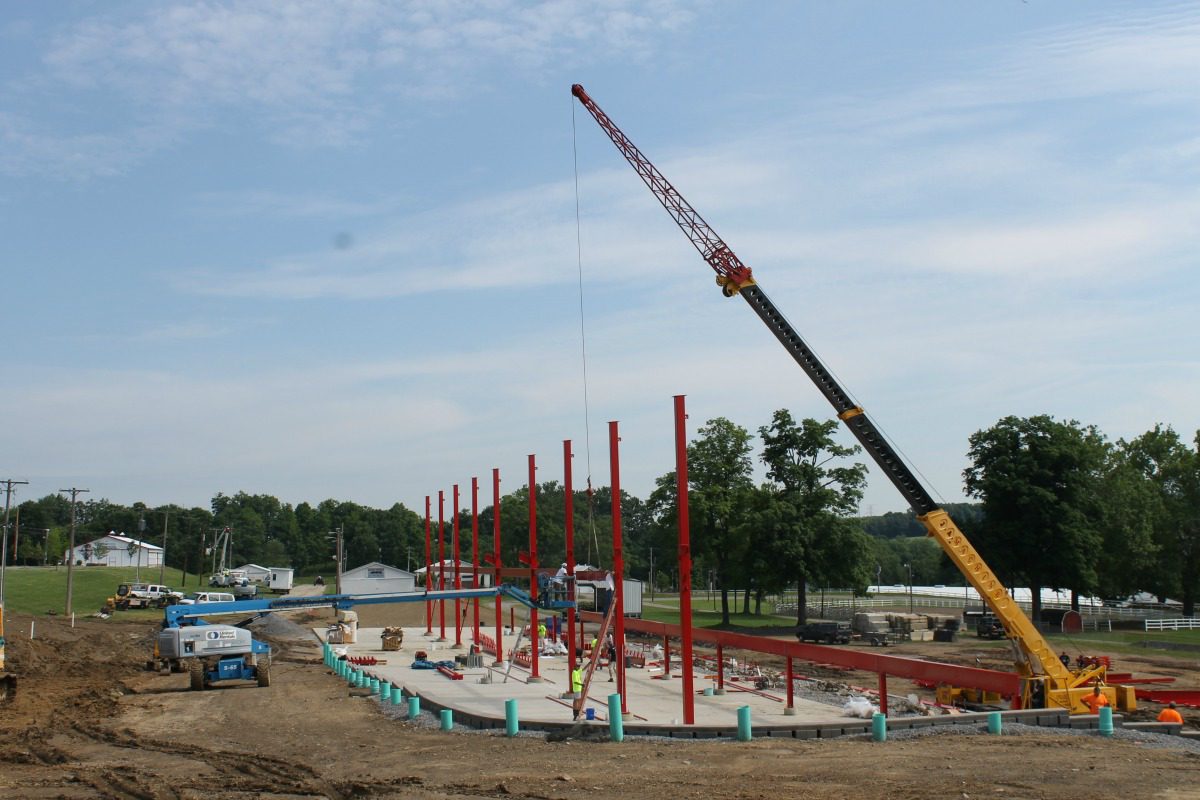 The fundraising for the project continues and Wolf said donations don’t have to be large amounts — any amount will help, and donations so far have ranged from $20 to $300,000.

The Green Family Trust donated $300,000 to name the new grandstand at the fairgrounds for the late Arnold C. Green, a local businessman who always had an interest in harness racing and both Standardbred and Thoroughbred racing.

In addition, the Columbiana County Fair board received two additional $50,000 gifts from the The Richard F. Wilk Jr. family, and the Zehentbauer families of Hanover Farms.

In other construction on the fairgrounds, the goat barn is getting a new metal roof in time for this year’s fair, which is set for July 28-Aug. 3.