CADIZ, Ohio— The temperature for this year’s Harrison County Fair youth livestock auction was a warm 82 degrees. As the fair’s truck and tractor pulls began warming up, so did the bidding.

* An additional .10 cents per pound was donated by Carrollton Livestock Auction 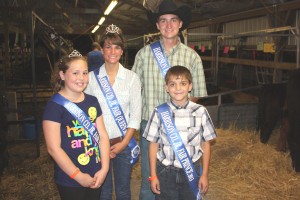