(Note: As part of our 100-year anniversary celebration, we continue our 10-week series profiling some of the region’s farms that have been in the same family for 200 or more years)

HIRAM, Ohio — When LaVon Moore and his brother, Lowell, want to check the condition of their crops, they do more than just drive down the road in a pickup.

Sure, they do roadside inspections, like most farmers. But the Moores have something else to their advantage that allows them to see the whole farm, from a bird’s-eye view, so to speak.

What they have is their own airstrip, built in 1948 by their father, Clarence, and a family friend.

The strip has undergone various stages of repair over the years, but is still in use and was recently regraded and planted with new grass.

The Moores fly ultralights and the airstrip is owned and controlled by their family. They use it to see how the crops are doing, and for enjoyment.

“At the end of the day, you (can) get up and fly around the area and look at your fields and just come back down,” said LaVon. “You go out and spend half an hour, and then put the plane away.”

Although it is 66 years old, the airstrip is a relatively young part of the Moore farm, known also as Mapleside Farms, of Portage County.

The Moore family has farmed there since 1813 and were recently recognized as an Ohio Bicentennial farm. They were awarded a proclamation in the fall of 2013, by state Sen. John Eklund, R-Munson Township. 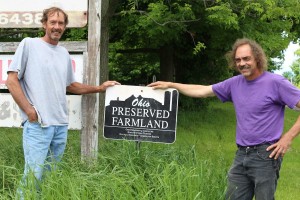 Today, the main Moore farm is 109 acres and the Moores also rent some additional land, where they grow hay, corn and soybeans, as well as produce.

During the summer, they operate a produce stand and they also bottle and sell their own maple syrup, from trees planted many years ago by their ancestors.

Lowell and LaVon also have a sister, Laureen, and a brother, Laurence.

The Moores get their advice from neighbors and other area farmers, and also from Clarence, who is 90.
Clarence has had some health issues in recent years and is short on words, but he still keeps a close eye on the farm and his boys.

“He’s the consultant,” Lowell said. “He tells us when we’re not doing it right.”

Clarence likes to spend time on the porch, where he can eat his breakfast and view the farm. He helped drive tractors until he was about 87, but the steps on the family’s four-wheel drive Case tractors got a little too high. 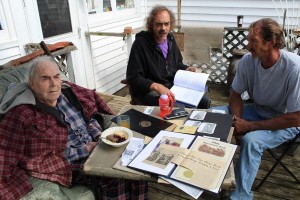 Still, his influence on the farm is seen in many areas, and in the picture albums that he and his wife, Laura, kept of the family. Many of the images are black and white — some with serious expressions and others that show a goofy, lighter side to farming.

Clarence had the farm preserved through the Ohio Farmland Preservation program in 2004. The family used the money they received from the program to pay the farm off and buy some tractors and new equipment.

Looking ahead, Lowell and LaVon said they want to preserve the farm the way their dad intended it to be, and to maintain the airstrip.

“Dad always wanted to keep the farm in the family and not be broken up into a housing development,” LaVon said. “He always wanted to see the airstrip left usable and we’ve done our best to try to.”

The Moores live in a farming community that still includes many of their relatives and descendents. Many are still involved with agriculture and have historical farms of their own.

She said her family always  supports other farmers, especially when they’re neighbors and relatives.

LaVon and his wife, Deborah, have three children, including a son who just graduated from high school. Lowell has a step-son and a teenage son and daughter who help on the farm during the summer — especially during haymaking.

The Moores recently built a large machinery shed to house most of their farm equipment and their planes.

They’d like to continue improving the airstrip and their farm for recreational purposes. Lowell said he’d eventually like to get his pilot’s license, so he can spread fertilizer with the plane.

What they mostly want to do is keep alive the traditions that their dad started, and follow the many generations before him. 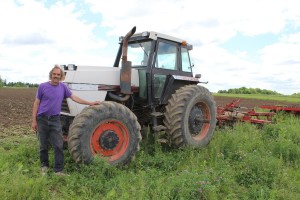 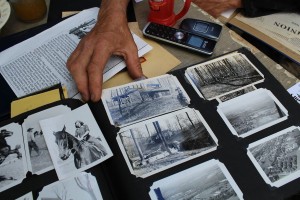 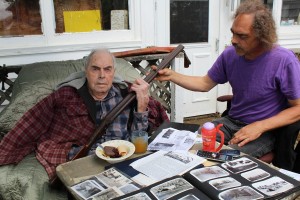 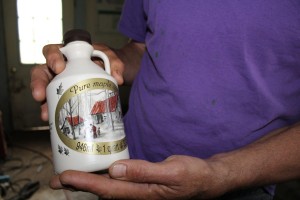