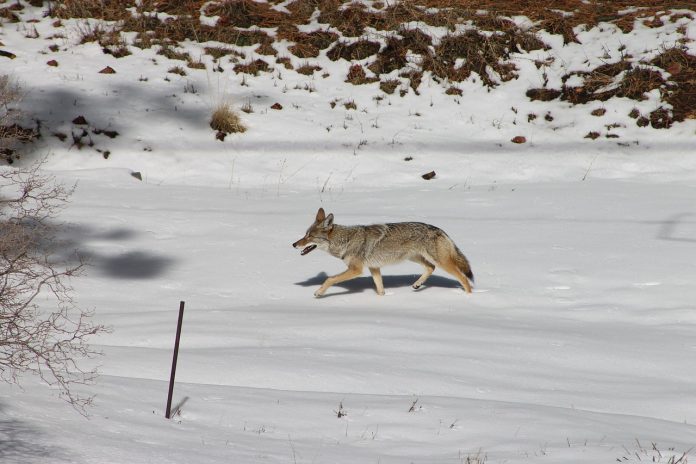 AKRON — Ohio wildlife biologists are frequently contacted by concerned residents who spot coyotes in urban or suburban areas. This is seldom a cause for alarm according to the Ohio Department of Natural Resources.

Coyotes are highly adaptable animals that live in a wide variety of environments thus there is no need to report sightings to wildlife officials unless the animal appears hurt, sick, or habituated — meaning the animal has lost its natural fear of humans.

Here are a few steps to keep in mind when you encounter an urban coyote in the Buckeye State.

1. Understand that coyotes are common throughout Ohio’s 88 counties and are regularly seen within city limits. Read more about coyotes at www.wildohio.gov. Wolves are not a species found in the wild in Ohio.

2. If you spot a coyote on your property, make sure to remove all “attractants” to deter the coyote from returning. This includes properly securing garbage and removing outside pet food primarily before nightfall. Remember to clean up around the grill as well. Do not feed coyotes directly.

3. Coyotes prey primarily on small mammals such as rabbits and rodents. However, interactions with domestic pets do occur. Keep small dogs and cats inside (especially between sunset and sunrise) or leashed when outside.

4. Occasionally, an inquisitive coyote will stay put and watch you curiously. Make noise. Clap your hands and shout; the coyote will likely move on at this point.

If it doesn’t, bang pots or pans together for louder noises. A coyote that loses its fear of humans can potentially become a threat.

5. If a coyote visiting your yard does not respond to harassment techniques such as loud noises or it is presenting a conflict even after attractants are removed, contact a licensed nuisance trapper.

Coyote populations in rural areas can be managed through legal hunting and trapping methods. Consult the yearly Ohio Hunting and Trapping Regulations digest for more information.