Letter writer Keith Campbell gets many things wrong when he recklessly attacks The Humane Society of the United States (‘Acceptable collateral damage,’ Sept. 2, 2010).

The HSUS is the nation’s most important advocate for animals and animal shelters. We provide training, national shelter standards and millions of dollars for spay and neuter programs. The HSUS has worked since our founding in 1954 to celebrate all animals and confront cruelty, whether it’s found in a puppy mill, an animal fighting pit, an industrial factory farm or anywhere else.

The Humane Society of the United States was founded on principles of nonviolence, and the organization has remained faithful to these principles ever since. A published statement of our position is on our website.

Mr. Campbell recklessly ignored facts that don’t agree with his perspective, and indeed cited a false document that has been retracted. No animal protection organization has been more resolute and outspoken about condemning violence and vandalism done in the name of animal protection than HSUS.

The recent agreement among the HSUS, agricultural organizations in Ohio and Gov. Ted Strickland has paved the way for meaningful improvements on a raft of issues, reforming industry practices and improving prospects for adoption of critical legislation in other areas. By coming together, we made great progress, not just in the reforms set in motion, but on the idea of working together to forge commonsense solutions.

The HSUS works to promote food safety and curb the worst factory farming abuses which led us to expose the shocking abuse of sick and injured dairy cows slaughtered for the National School Lunch Program. We campaign vigorously against inhumane slaughter practices and the inhumane confinement of veal calves, breeding sows and laying hens in crates and cages so small the animals can’t even turn around and stretch their limbs — practices that many farmers and HSUS agree are abusive and unacceptable.

We are pleased to have many family farmers as our allies in these anti-cruelty efforts. In addition to our work in Ohio, we have worked collaboratively with agricultural leaders and commodity groups in Colorado, Maine and Michigan to phase out inhumane confinement practices.

Readers can go to humanesociety.org to learn more about our work.

Karen Minton
Hilliard, Ohio
(The author is Ohio’s director for The Humane Society of the United States.) 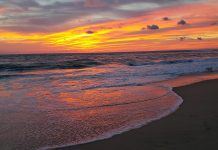 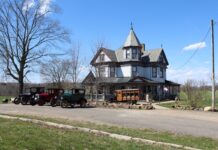 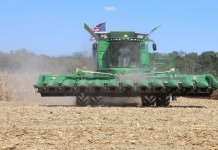 Reader: Deere has farmers at its mercy