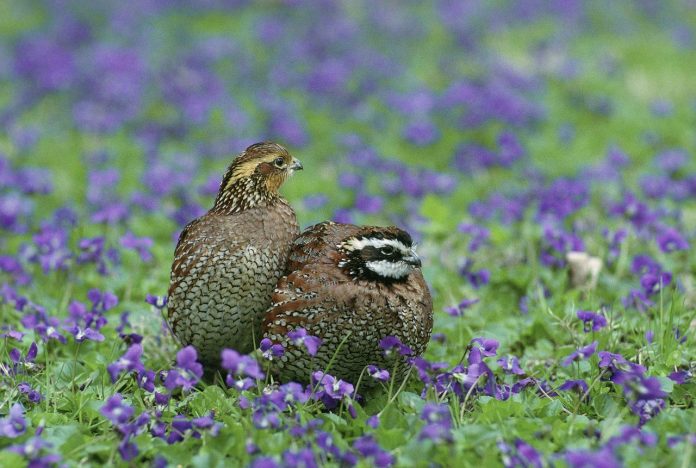 They’re called upland game birds. They can still be hunted, although some with reduced bag limits and shorter seasons.

But the management of some of these species, which include northern bobwhite quail, ring-necked pheasant, ruffed grouse, American woodcock, wild turkey and mourning dove, is geared more toward conservation in the face of declining populations.

The Ohio Department of Natural Resources Division of Wildlife is working hard to get a handle on their numbers in order to decide whether hunting regulations need to be modified even more. Meanwhile, agencies under the U.S. Department of Agriculture are offering more programs to provide needed habitat to help preserve — and perhaps increase — the populations we have.

Of the upland birds, pheasants and quail are grassland birds while the others are forest species, said Nathan Stricker, wildlife biology supervisor for the Division of Wildlife. They need areas with edge habitat and do well with a mix of crops, grasslands and old fields with fencerows, which they use for nesting and raising young.

They also need forest that is in “early succession” stage. A pasture or field that is no longer used soon grows up with small trees and shrubs, he explained. That early-stage growth is good for both birds and animals, with a lot of fruit, berries and seeds for food, and good places for nests and dens.

If there is no management, however, the trees become crowded, cutting off light to the plants below. This “pole stage” forest becomes a biological desert to grassland birds and all but a few treetop dwellers.

Stricker notes that both pheasant and quail flourished until the mid-1960s when farming began to change. With fewer livestock, there was less need for pasture and forage. The crop focus changed to corn and soybeans, and fencerows disappeared as fields expanded.

Forest edges went from a gradual mixture of grass, shrubs and young trees to abrupt change between farm fields and mature trees. Forest edges and fencerows have also fallen victim to invasive species. Scientists say invasives like tall fescue, autumn olive and bush honeysuckle have played a large part in the decline of grassland birds.

Since pheasants and quail are in Ohio year-round, they also need that edge habitat for cover during winter. True, it would have been tough to survive the blizzards of 1977 and 1978, even with adequate cover. Aside from the mountains of snow and hurricane-force winds, those two Januaries were some of Ohio’s coldest months on record. Some upland hunters wonder if the blizzards were responsible for the disappearance of their favorite birds.

“But that was more than 40 years ago,” Stricker said. “The pheasant and quail populations would have recovered by now if they had good habitat.”

Ohio’s quail population was estimated at about 400,000 in 1980 but is believed to be less than 10,000 today, he said. They can only be found in counties in the southern part of the state, and a study by researchers at The Ohio State University says those local populations could be decreasing by as much as 50% each year.

Stricker said ring-necked pheasants used to be the most popular game species in Ohio in the 1960s, topping turkeys and even mammals like rabbits and squirrels. The state began stocking pheasants in 1919 and is still doing so on public lands.

Ohio’s pheasant population is believed to have peaked at four or five million by mid-century, but the Second Ohio Breeding Bird Atlas put their number at only 30,000 in 2009. Researchers fear it may have shrunk to half that number since then.

Pheasant season has remained the same in the past 20 years with a bag limit of two adult males, but that may change as new population estimates come out, Stricker said. This year’s season for ruffed grouse is Oct. 9 through Jan. 1 on private land but has been shortened to Nov. 28 on public land. The bag limit has been reduced to one bird throughout the state.

Audubon describes ruffed grouse as “chicken-like birds” with a crest, a fanned tail and black feathers or ruffs on either side of its neck. But they’re best known for the drumming sound that males make to attract females.

Standing on a log, stone or other platforms, he beats his wings against the air as many as 50 times in 10 seconds. Each wing flap creates a vacuum. or a little sonic boom.

“These birds rely on very young forest, so you need timber cutting in a controlled fashion that allows for new tree growth and younger patches of forest,” Stricker said. “If old forests are not managed properly — and many of them haven’t been in the past 50 years ­— there’s no habitat for ruffed grouse.”

The American woodcock, nicknamed the timberdoodle, also needs that young forest. Though most migrate from Michigan or Ontario, some breed in Ohio. As migratory birds, they fall under the management of the U. S. Fish and Wildlife Service. That agency’s surveys indicate Ohio’s woodcock populations may be decreasing by more than one percent a year.

Officials are somewhat less concerned about wild turkey populations in Ohio, but surveys seem to indicate that numbers of both adults and offspring, called poults, have been down in recent years. It’s hoped that feasting on the 17-year cicadas, at least in central and western Ohio, will boost their numbers a bit.

A large segment of Division of Wildlife employees have put a lot of time and energy into getting population estimates for these upland birds.

“There are nearly 400 people in our agency and a lot are involved in one way or another,” Stricker said. “They can be wildlife staff, research staff, or officers.”

Since 95% of the land in Ohio is privately owned, the employees mostly do roadside surveys, usually on rural township roads.

“They stand and listen and look for species of interest,  mostly in the early morning, throughout the year,” he said.

This month, the ODNR Division of Wildlife is asking the public to do some citizen science in the wild turkey and ruffed grouse brood survey. For turkeys, they want to know the number of gobblers, hens and poults sighted. For grouse, it’s the number of adults and young. The observations can be posted to the Wildlife Reporting System page on wildohio.gov, or to the HuntFish OH mobile app.

The USDA has programs to provide farmers and landowners with funds to create or improve fencerows and edge habitats with native grasses and other beneficial plants, and to control invasive species. In Ohio, there are specific programs to help quail and pheasant, though they also benefit other species of birds and wildlife. They include the Quail EQIP program and both the Pheasant and Quail SAFE projects.

There are also programs for specific areas of the state, including the Scioto CREP project for the Scioto River watershed. In July, the USDA announced an EQIP program to improve or create habitat for northern bobwhite quail in selected townships in the southern counties where populations have been documented.

“In terms of returning populations to what they were 50 or 75 years ago, that’s probably unrealistic,” Stricker said. “But we’re hopeful that we can keep these upland game bird populations in Ohio.”