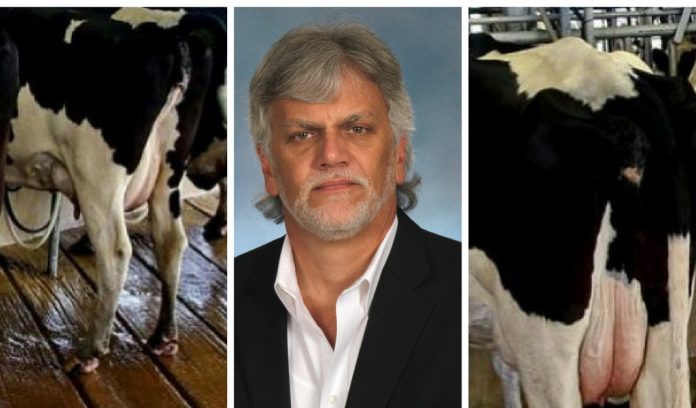 NEW PRAGUE, Minn. — The National Mastitis Council presented Joseph “Joe” Hogan with its Award of Excellence for Contribution to Mastitis Prevention and Control.

The 2006 council president, Hogan is an emeritus professor with The Ohio State University, and throughout his career at Ohio State, he maintained an internationally recognized research program in mastitis control and quality milk production.

Boehringer Ingelheim sponsors the award and presented Hogan with a $2,500 honorarium.

In 2011, Hogan became associate chair of the department of animal sciences, a position he held until his retirement in 2016. Last year, he was inducted into Ohio State’s Dairy Science Hall of Fame.

Hogan, who served on the council’s research committee for 19 years, helped write two versions of Current Concepts of Bovine Mastitis and Laboratory Handbook on Bovine Mastitis, and the Microbiological Procedures for the Diagnosis of Bovine Udder Infection.

One of his most notable contributions is developing and launching the NMC Scholars program. In addition to his many contributions to the council, Hogan also assisted the American Dairy Science Association (ADSA) and International Dairy Federation, and four years ago, he earned the ADSA Elanco Award for Excellence in Dairy Science.

In addition to his research program, Hogan had an active Extension program. The foundation of his Extension program was an active milk culturing laboratory. Each year, thousands of milk and bedding samples were processed and results were used to aid dairy producers in monitoring milk quality on dairy farms.

Hogan also worked closely with many veterinarians who used the milk culturing laboratory as a service and sought advice with on-farm mastitis problems.