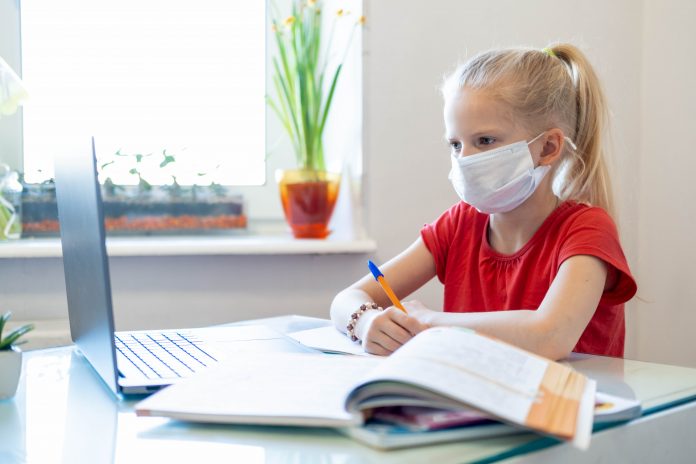 With the COVID-19 pandemic still in progress, schools are planning both in-person and remote options for learning this year. For those in areas with less internet access, remote learning presents particular challenges.

“Everyone has challenges, whether you’re urban, rural or suburban … but broadband access is a major issue,” said Dalton Summers, superintendent for River View Local School District, in Coshocton County, Ohio. “I think that our state is starting to see it … I think that this is the reality smacking them in the face a little bit.”

Only about 68% of the households in Coshocton County have broadband access, according to the U.S. Census Bureau.

The Ohio Controlling Board approved funds for a grant program for hotspots and internet-enabled devices for students July 27.

The BroadbandOhio Connectivity Grant Program will be funded with $50 million from the CARES Act, a federal coronavirus relief bill.

This approval comes just weeks before some Ohio schools start up again for the 2020-2021 school year.

River View Local School District is starting out with two options for students this fall: face-to-face learning, or remote learning.  All students, including face-to-face students, will learn remotely on Mondays, so that teachers have time for staff meetings and planning.

Right now, the county is in the yellow designation for the Ohio Public Health Advisory System, though Summers said it was in orange just a couple of weeks ago. So far, about 70% of families are planning on the face-to-face option for their students, based on survey responses.

“I think the key word there is options,” Summers said. “So what we would not do is require everybody to come face-to-face.”

But this means that the district will also need to be flexible and prepared to shift to remote learning “on a moment’s notice.”

If the county goes into the purple designation, or if the state orders schools to close again, all students will go to fully remote learning.

Remote learning isn’t quite the same thing as online learning.

“It’s online if you can be,” Summers said.

For those who do not have internet access, the district will have offline lessons and work that can be downloaded.

This would require students to drop off their devices for teachers to grade and download assignments and lessons for them.  Paper and pencil packets, which the district used this spring for students who didn’t have access, are the last resort, Summers said.

The district will provide Chromebooks to all students. In addition to broadband access issues, the census bureau indicates that about 15% of the people in the county live in poverty, and 22% of households don’t have computers.

“In order to provide as equal instruction as we can … we gotta give them the tools,” Summers said.

Funding is a challenge for many districts across the state right now, amid budget challenges brought on by the pandemic.

River View Local Schools is also facing challenges due to a power plant closure last year, which resulted in $2 million in lost revenue per year for the district. Two attempts at income tax levies have been voted down. This spring, the district laid off more than 10% of its teaching staff.

State and federal COVID-19 relief funds are helping, and the district was able to use Title 1 funding to get the Chromebooks. But between PPE for students and staff, barriers for desks, cleaning supplies, maintenance for the new devices and materials for remote learning, there are a lot of needs.

“We have definitely been using those,” Summers said about state and federal relief funds. “But we will use them up, because it’s expensive.”

The new grant program in Ohio could help, Summers said.

Applications for the grant opened Aug. 10, just a few weeks before many Ohio schools begin the fall semester, and closes Aug. 21, but purchases school systems made starting July 1 this year will be eligible for support.

The state is also putting out a request for information from broadband and equipment providers so that schools can have a list of prices to compare for things like hotspots, laptops and other equipment, according to a July 28 press release from InnovateOhio.

Then, it will need to find out if hotspots could work for those remote learners, since some households might not have cell service, either.  If it looks like hotspots could be useful for some students, then the district may try to work with the grant program to provide hotspots.

“It is the most challenging thing that I have ever, ever faced, in 24 years of this, by far,” Summers said.