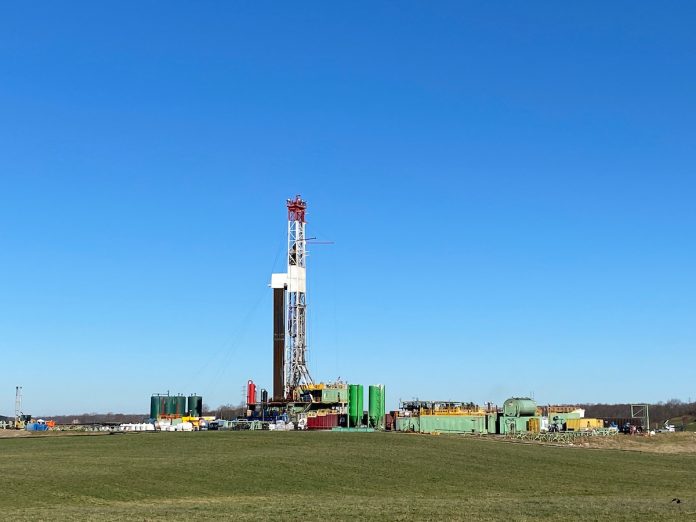 Southwestern Energy is working with Project Canary to expand its existing responsibly sourced gas certification program to include all of its current and future well pads throughout the Appalachian basin. It’s the first exploration and production company to go after certifying its entire production area.

Responsibly sourced natural gas, or RSG, is the latest attempt for oil and gas companies to show they are doing what’s right for the environment, but there’s some debate as to whether it’s a green victory or it’s greenwashing.

With the Range Resources announcement, Pennsylvania’s top three Marcellus shale gas drilling companies have all indicated they are moving toward responsibly sourced gas production. The top two drillers, EQT and Chesapeake, both announced they were launching pilot programs with Project Canary earlier this year.

Becoming certified involves continuous on site emissions monitoring, as well as going through a third party certification process to analyze 300 data points looking at the operational impacts on water, air, land and community.

Project Canary provides the continuous monitoring equipment that takes samples every second for 12 constituents, methane in particular. That data is uploaded to a cloud database every minute. There are typically three sensors on a well pad to be able to triangulate the source of an emission.

“Appalachia is frequently recognized as the nation’s most environmentally responsible producing basin, and it’s because operators here want to deliver energy in the safest and most affordable way possible,” said David Callahan, president of the Marcellus Shale Coalition, in a statement.

Appalachia is the largest natural gas producing region in the U.S., according to federal data. Callahan said RSG is another example of how the industry will continue to “make improvements that move our society, economy and environment forward.”

Environmental groups are a little more skeptical, though. The Sierra Club says there’s no such thing as responsibly sourced gas.

“This is yet another scam by the fracked gas industry to try to convince the public that what they’re selling isn’t a disaster for public health and the climate,”  said Cathy Collentine, associate director of the Sierra Club’s Beyond Dirty Fuels campaign, in a statement.

Rob Altenburg, senior director for energy and climate at PennFuture, a Pennsylvania-based environmental advocacy group, takes a more measured approach. He said responsibly sourced gas is an example of greenwashing, or when a company gives a false or misleading impression of how environmentally sound a company’s products or processes are, but that doesn’t mean it’s bad.

“Looking for leaks is great,” he said. It’s a good business decision for oil and gas companies to monitor methane emissions. It might also give people living near well pads extra peace of mind to know a pad is being monitored, although it isn’t clear if emissions data or large leak events would be shared publicly with local residents.

But looking for leaks doesn’t turn natural gas production into a clean energy industry. Altenburg said the majority of emissions come from a minority of sources. If continuous monitoring is voluntary, like it is in the Appalachian Basin and most other states, other companies could continue to cut corners.

“At the end of the day, it’s still an extractive industry using fossil fuels,” he said. “There are a lot of problems with the fossil fuel industry that this isn’t addressing.”

There is one thing that’s for certain: responsibly sourced gas can be a money maker.

Brian Miller, vice president of growth and policy of Project Canary, told Farm and Dairy in April that RSG fetches a premium over other natural gas products on both domestic and international markets.

Now, more than ever, investors and customers want to know the product they are buying was produced in a socially responsible way. The technical term for this is Environmental, Social and Governance, or ESG. Range Resources also announced the formation of an ESG and safety committee when it announced its RSG pilot program.

Bill Way, Southwestern Energy president, said in a June 24 statement announcing its new certification push that the company saw “the potential for a differentiated market that values responsibly sourced gas.”