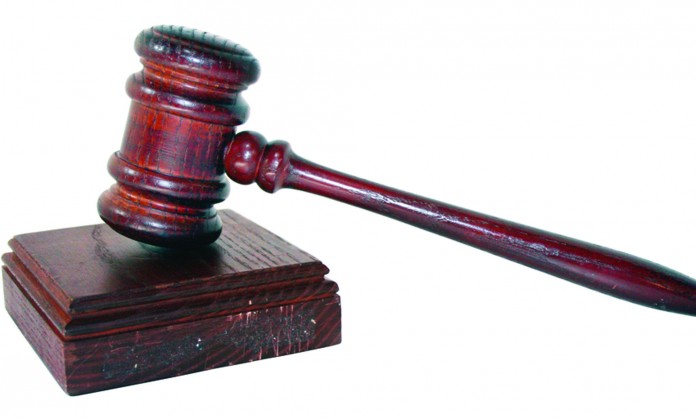 BUTLER, Ohio — Some Ohio landowners may be surprised when they receive court papers saying they are now part of a counter lawsuit filed by Columbia Gas Transmission, LLC.

The counter lawsuit filed seeks to obtain easements on 89 parcels of land through eminent domain.

In December 2012, Paul Wilson and his wife, Judy, owners of 151 acres; Charles D. and Carleen Wilson, 70 acres; Shawn P. Wilson and Katherine Wilson, 13,9 acres; and Geopetro LLC., 2,600 acres filed a class action lawsuit against Columbia Gas Transmission, LLC, in the U.S. District Court, Southern District, on behalf of all landowners in Ohio whose land is being used by Columbia Gas Transmission as part of an underground storage facility, or storage field.

89 parcels of land. The counter lawsuit filed by Columbia Gas is seeking permanent easements across, over, under and through the 89 parcels listed in the lawsuit.

The court records also show that landowners will also retain the right to lease the land to oil and natural gas producers any strata under the surface not already encumbered other than the formations used for storage by Columbia Gas Transmissions (according to the certificates issued by the Federal Energy Regulatory Commission).

Columbia Gas Transmissions claims in the counter lawsuit it has attempted to negotiate with the landowners involved, but have not been to obtain the easements they are seeking.

Gail Wilson, with the firm, Vorys, Sater, Seymour and Pease, LLP. one of the attorneys who filed the original lawsuit for the properties in Butler and Worthington, Ohio, said many of the landowners in the countersuit may not have been served yet. She said many of them may not have even known they would be part of this lawsuit.

She said it is too early in the litigation to know if and what type of a settlement can be reached in the case. A conference call is set for the week of May 27 and the attorneys involved will decide what the next steps are and where the case proceeds.

Columbia Gas Transmission was contacted by the Farm and Dairy for comment, but said it does not discuss ongoing litigation.

According to court records, the landowners who filed the class action lawsuit do not have a lease signed with Columbia Gas.

However, the landowners’ properties are being used by Columbia Gas Transmission as part of underground storage facilities.

The original lawsuit filed is asking for fair compensation for the landowners.

The case is not about challenging the need for underground storage facilities, but instead asking for fair compensation. The lawsuit claims the landowners are not being compensated for the use of the storage space under their property, and that the land is being used without their permission.

The lawsuit also claims that by Columbia Gas Transmission storing gas under their properties, they are violating the Fifth Amendment of the U.S. Constitution, the “takings clause,” by not compensating the landowners for the use of the land.

The landowners also claim that they have the lost the right to develop and produce the gas and minerals that exist under the property.