DEERFIELD, Ohio — Classes are out for the summer at the New Frontier Academy, but that doesn’t mean the lessons are over.

Students from the New Frontier Academy will be getting firsthand experience in entrepreneurship this summer. With financial help from Deerfield Farms Service and Congress Lake Farms, the students are going to be picking, marketing and selling sweet corn. 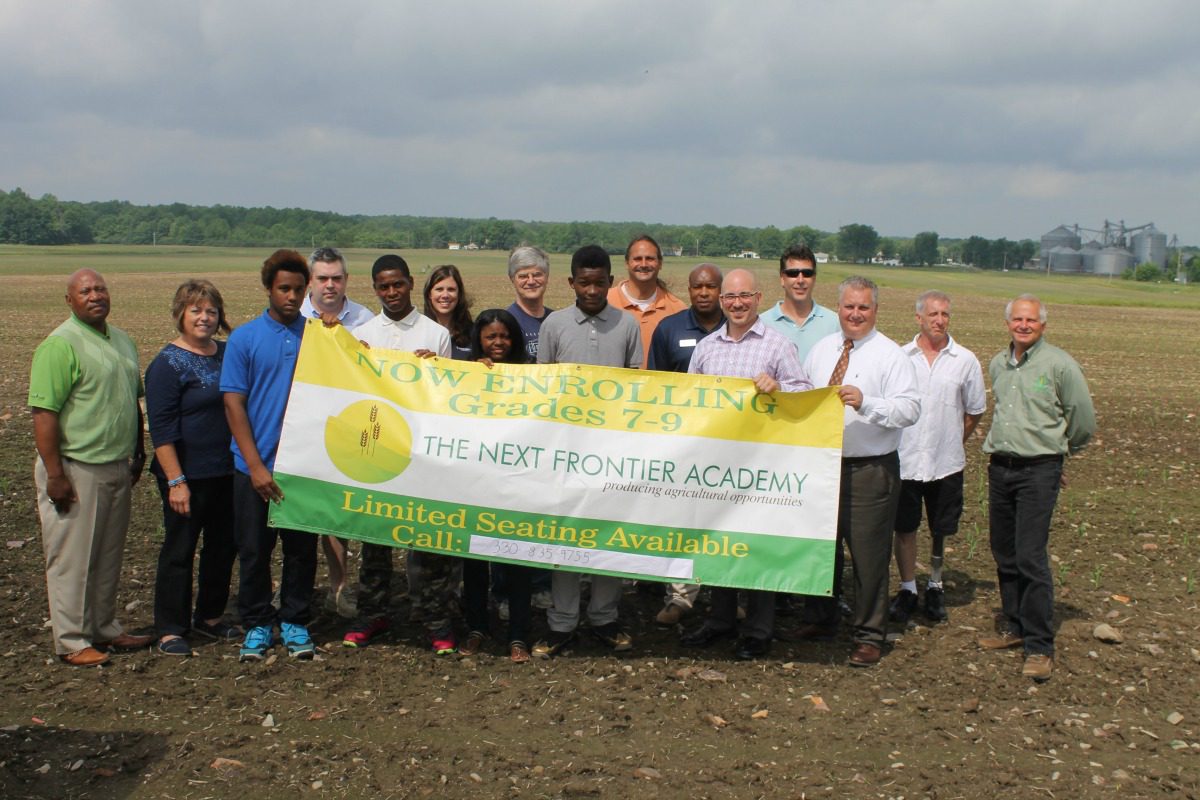 John Wallbrown, co-owner of Deerfield Farms Service, donated the use of three acres to New Frontier Academy so sweet corn can be planted. The farm also is providing the planting and weed control. Linda Rufener, of Congress Lake Farms, is also pitching in financial help.

John Hairston, superintendent of the New Frontier Academy, said that without the financial backing of Congress Lake and Deerfield Farms, the project would not have happened.

Wallbrown said the project fit the values the business and family believes in — they believe in agriculture and in improving the inner city.

Read about the start of the New Frontier Academy.

“What a better opportunity than to help an inner city school and agriculture,” said Wallbrown.

Hairston said the academy completed its first school year and is hoping to keep the youth engaged all year long with the first summer project. He said it is important for the youth to learn that agriculture happens throughout the year and not just during the school year.

The corn is estimated to be ready in the second week of August and will include bread and butter varieties and straight yellow.

As part of the project, Giant Eagle will be purchasing 80 percent of the corn that comes from the corn field. The remainder will be sold at a farmers market that will be located in the school parking lot and some will be distributed in the community.

Leo Boes, a teacher and program specialist at New Frontier Academy, said the school has expansion plans for the farmers market next school year. He said they have secured growing equipment, including hydroponic tables, tents and lights, and students will begin a hydroponic garden in the school and sell the products in the farmers market.

Boes said 22 students will be responsible for getting to the school, then they will be transported by a van donated by Mike Pruitt Honda to the fields where they will pick four days a week.
The students are in seventh, eighth and ninth grades and, for many,this will serve as their first job and work experience.

Boes said the project will teach the students both business and science lessons, but he is also excited for the students to experience the value of hard work.

The students will have the opportunity to earn a stipend for their work. The amount can be determined by showing up on time for the job, behavior and absences.

“Even with the conditions we have told the students, none of them are afraid to do the work. We are exposing them to a world they didn’t know even existed,” said Boes.

Hairston said he wants students take pride in what they do and Boes agreed that the youth need to know that someone cares, from start to finish.

Boes said this experience will be something none of the children involved ever forget.

Wallbrown and Rufener agreed that it is a privilege to steer the students in the right direction.

When the youth were asked what they thought they would get from the sweet corn project, the consensus was simple: The project will keep them off the streets.

The next step for the school will be a cantaloupe growing project.