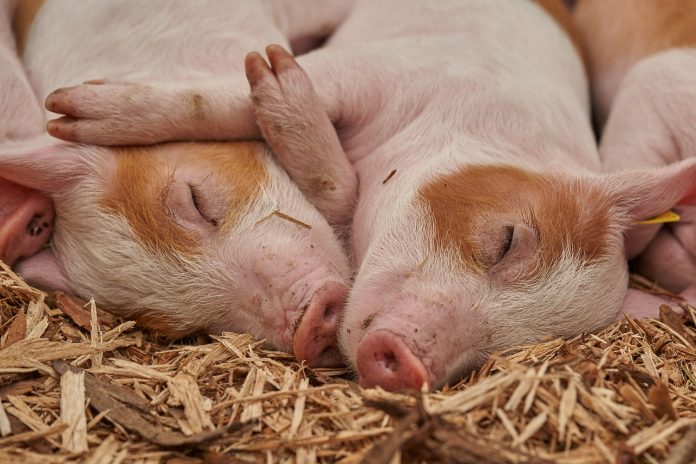 Samples were collected the same day and submitted to Moorefield Animal Health Diagnostic Laboratory, a WVDA animal testing lab. The tests returned presumptive positive results for influenza virus and samples have been forwarded to the U.S. Department of Agriculture’s National Veterinary Services Laboratory in Ames, Iowa, for confirmation.

The Jackson County Health Department is also investigating several reports of individuals who have developed influenza-like illness who worked closely with these animals. DHHR’s Office of Laboratory Services returned presumptive positive influenza A H3N2v on at least one human specimen, Aug. 2. The sample will be forwarded to the Centers for Disease Control and Prevention for confirmation.

“It is extremely important to let your healthcare provider know if you or your loved one has had close contact with swine and to be appropriately evaluated if experiencing symptoms such as fever, runny nose, sore throat, cough or congestion,” said Dr. Ayne Amjad, DHHR’s state health officer and BPH commissioner. “These symptoms usually show up 1-3 days after exposure.”

Numerous stakeholders including WVDA, DHHR, local health departments, WV Association of Fairs and Festivals, WVU Extension, West Virginia Veterinary Medical Association, commercial turkey operations and meat processing facilities have been alerted to the incident. WVDA and DHHR are working with these groups to remind producers that potentially sick swine should not be transported off-farm and anyone in close association with swine should take precautions.

People who develop flu-like symptoms after having been around pigs should contact their healthcare provider and note symptoms and any recent exposure to pigs or swine barns. Treatment may include antivirals. The same influenza antiviral drugs used to treat seasonal influenza can also be used for swine flu infection in humans.

“The quick response of WVDA and DHHR’s Bureau for Public Health in addressing this issue is to be commended,” said Bill J. Crouch, DHHR cabinet secretary. “I urge any West Virginian who has been to a recent event with animal livestock to contact your health care provider if you are feeling sick with influenza-like symptoms.” The ill swine from these cases have been recovering or sent to slaughter. Swine that do experience symptoms usually recover in a few days. There are vaccines available for swine, but swine influenza is a greater concern for people who may contract the virus.

“DHHR officials were notified early on and have been engaged from the outset for public health aspects,” said WVDA State Veterinarian Dr. James Maxwell. “Swine Influenza Virus is not a food-borne illness, and properly handled and cooked pork is still safe to consume.”

Officials from both agencies encourage state residents to remember to take routine precautions when visiting animal exhibits, including washing hands with soap and water before and after exposure to animals, to not take personal items, food or drinks into swine barns or areas with animals, to avoid close contact with animals that are ill, and to avoid contact with pigs if experiencing influenza-like symptoms.