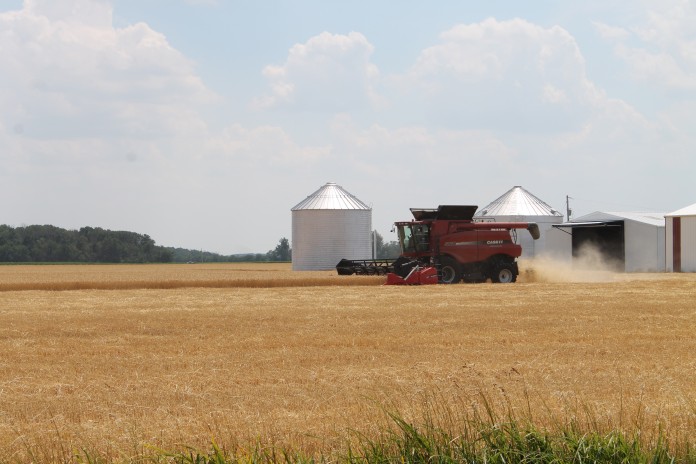 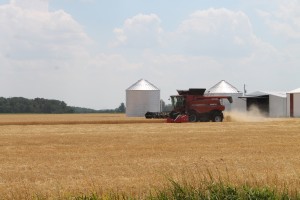 WOOSTER, Ohio — Farmland values were big news last fall, when the U.S. Department of Agriculture reported a national increase over 2010 of 6.8 percent.

This fall, the news is even bigger.

The latest National Agricultural Statistics Service report shows a national increase over 2011 of nearly 11 percent, putting the average price per acre of farm real estate at $2,650.

But landowners in the Farm and Dairy readership are seeing much higher values. Ohio saw an increase in farm real estate of 13.6 percent, putting the average acre value at $5,000.

In Pennsylvania, values increased just 4 percent, but stand slightly higher than Ohio, at an average of $5,200 an acre. New York farm ground values increased 8.2 percent, to average at $2,650 an acre, and West Virginia now averages $2,700 an acre, the same as last year.

The biggest increase in the Corn Belt was Iowa, which saw values jump nearly 23 percent, to average $7,200 an acre.

The increases in this rapidly changing market have everyone talking.

Barry Ward, production business leader for Ohio State University Extension, said the trend will likely continue into 2013 for Ohio, where the projected budgets for the state’s primary crops “show the potential for strong profits.”

Speaking at OSU’s annual ag outlook meeting Dec. 3 in Columbus, he said, “We’re expecting the potential for profitability (next year) with corn looking like it will be king again.

“We’ll have farmers with strong balance sheets, which will drive land values as well.”

“You just have to have a stronger financial position in purchasing,” he said.

And, it appears many farmers have that position, thanks to good budgeting and favorable grain and livestock prices.

Mike Weasel, director of business development for Wilson Real Estate, which handles farmland sales across the Midwest, said he is surprised at the number of cash buyers.

“It speaks volumes to how much money they’ve (farmers) been able to generate,” he said. “We’re talking about spending high dollar amounts and still have working capital to put out next year’s crop and pay for all the expenses.”

Although land returns have been far greater than most other investments, Weasel said it’s also kind of like old news, because the values just keep increasing, outpacing the previous year, and sometimes the previous sale.

“It seems that it just keeps getting higher,” he said. “It seems like about every (public) sale that occurs almost sets a new high.”

In addition to strong balance sheets, farmers also have the advantage of low interest rates, which remain at historically low levels.

Weasel said another factor is good old supply and demand: There are few farms being sold, among buyers who are hungry for land.

In many cases, he said a particular farm may not come up for sale for a couple generations or more and when it does, it adds to the demand for buyers to act.

Kennedy said Farm Service is seeing “somewhat of a leveling” in price, though he expects the demand for farmland will at least remain where they’re at.

“There’s nothing out there that tells us that land prices are going to come back down any time soon.”

Weasel said he doesn’t see any evidence pointing toward a land value decline, but said with the large amount of acreage now planted to grains — about 95 million acres of corn — it could create a situation of optimum yields (supply), which “in all likelihood would depress the market,” he predicts.

A lower grain price could in turn soften the demand for farmland.

“There seems to be no bubble on the horizon, although the old timers would say there always is,” he said.

Speaking of “old timers,” Weasel said grain prices and yields have been favorable for so long, that for some of the younger farmers — it’s all they’ve seen.

“There is an entire generation of farmers out there who haven’t seen anything but good times and near record times, unlike their fathers and grandfathers,” he said.