Neither the outcome of the federal election nor the fast-approaching budget “fiscal cliff” bothered any of the 250 gawkers and bidders at a 1,170-acre land rental auction Nov. 10 in Thurman, Iowa.

That’s right, an auction where the right to crop one family’s five parcels of Fremont County, Iowa, the absolute southwest corner of the state, went on the block that Saturday at the appropriately-named Skyline Sportsman Club.

Minutes later, every notion about local land values had surpassed any skyline — nearby Omaha’s, the more distant Des Moines’ and even that of super-tall Chicago.

As stunning as those prices are — an average $548 per acre — the terms of the rental deal are even more stunning.

In short, you pay, then pray, then plant.

Hughes describes the renters as “local farmers who are willing to risk grain prices and weather on a two-year, $550-an-acre rental deal rather than a 30-year, $12,000-an-acre purchase deal.”

A new, major ingredient, however, is federal crop insurance, the heavily subsidized program that delivers an ironclad guarantee on locked-in revenue regardless of weather, commodity prices and federal farm payments.

“Oh, crop insurance played a definite role in the prices,” reckons Hughes. “It’s the best thing that ever happened to farmers.”

Risk? What risk? Bruce Babcock, professor of economics at Iowa State University and a faculty member of ISU’s Center for Agricultural and Rural Development, agrees.

“If you can lock in 85 percent of your expected revenue” — the level permitted under current federal crop insurance programs — “you’ve taken virtually all the risk out farming,” he says.

And it will get better. Part, if not all, of the remaining 15 percent of crop revenue presently not insured under the federal program is almost certain to be covered if and when Congress finally approves a 2012 farm bill.

Both the Senate and House versions raise subsidized coverage over 90 percent.

That’s an unbelievable move, opines Babcock, at a time when there is a bipartisan call in Congress for all Americans to assume “more risk” — take cuts in federal programs like food assistance, retire at an older age, pay more taxes — in the marketplace in order to cut federal spending.

But when it comes to the farm bill, Congress is proposing to “ratchet down market risk” — raise the level of subsidized crop insurance — “while doubling down on the cost of these programs rising?” he asks.

“This is just insane.”

Bottom line. Babcock is exactly right: How can farmers and farm groups ask taxpayers to underwrite an expansion of an already highly-subsidized revenue insurance program that guarantees farm income and higher land values but does not — cannot — guarantee food production or conservation compliance?

Farmers better come up with an answer quickly because the question will be asked. 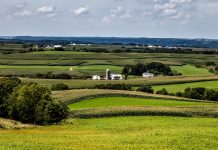 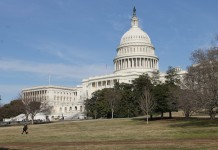