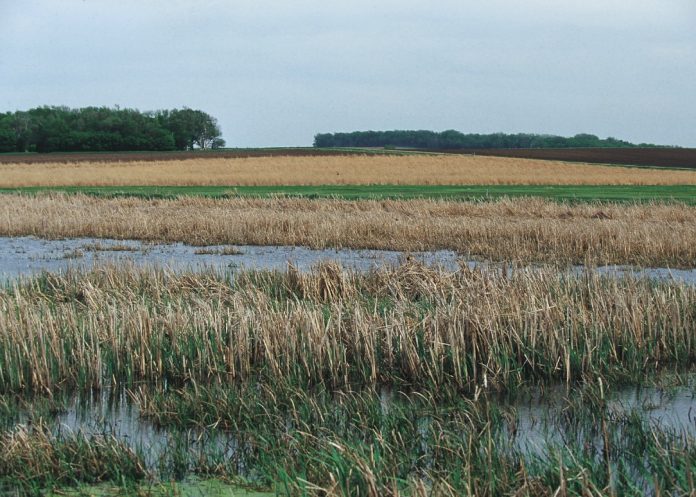 WATERFORD, Pa. — Pennsylvania farmer Robert Brace has paid more than a million dollars in legal fees and fines in a 30-year land battle with the federal government — a living example of being caught in the various regulations and interpretations of the Clean Water Act.

“I have spent the last 30 years trying to comply with their requests, but they keep changing,” said Brace, who owns 600 acres in Erie County. “They are allowed to change their minds and we are supposed to pay for it.”

His continuous court struggle involves his right to make his land farmable and the government’s rights to protect wetlands and waters of the United States.

Beginning in the 1970s, Brace repaired tile and drainage pipe originally laid by his grandfather. He began row cropping instead of grazing the land in question.

Brace and his attorney, Lawrence Kogan, believe the allegations throughout the years have been invalid due to a 1988 “prior converted cropland” exclusion granted to wetlands converted to croplands before Dec. 23, 1985.

Robert Brace’s leadership in advocacy began in 1987, when he rallied other Pennsylvania landowners and established the Pennsylvania Landowners Association.

Its mission is to educate Pennsylvania landowners about the threat to property rights by intrusive regulation on land use. The association also works to restore reason and balance in environmental regulation and continues to support Brace in his ongoing battle, according to Keith Klinger, association president.

View official documents Civil Action No. 1:17cv6, and other commentaries concerning the case at: https://palandowners.org/

In January of 2017, the U.S. Department of Justice filed a motion in federal court in Erie County, claiming Brace has discharged pollutants into waters of the United States, water governed by the Clean Water Act. A second charge involves similar allegations on an adjacent parcel Brace purchased in 2012.

The land in question houses approximately 1,500 feet of Elk Creek in McKean and Waterford townships leading to Lake Erie.

The government’s motion contends: “Defendants have cleared, ditched, drained, plowed and planted approximately 18 acres of wetlands, causing the unpermitted discharge of pollutants into waters of the United States that were required to be restored pursuant to the Consent Decree.”

The decree being referenced was ordered Sept. 23, 1996. In it, Brace was to restore the wetlands; comply with the permanent injunction; pay the stipulated penalties; and reimburse the United States for fees and costs incurred in seeking enforcement of the Consent Decree.

The government documents state Brace’s actions “will continue to damage the wetland hydrology, cause long-term damage to the affected wetlands, and reverse the restoration work this Court ordered under the Consent Decree.”

The claims bring millions in penalties from Brace and his companies, Robert Brace Farms and Robert Brace and Sons, Inc. The fees mount daily — nearly $45,000 to the state and more than $100,000 to the federal government per day.

Brace and his attorneys responded to the January claim, and the parties jointly filed for a confidential mediation process, which is where the case stands now.

“If the policy is zero percent discharge — no farmer can comply with it. If they don’t want you to be in compliance, you won’t be,” Brace said.

This case traces back to the original government orders brought against Brace in 1987, when the EPA and Army Corps of Engineers ordered Brace to cease and desist all discharge activities on his farm.

In the late ’70s and early ’80s, he had repaired drain tiles his grandfather had installed, transforming a pasture to a row crop field. His drainage work triggered the federal court case.

Brace had no opportunity to formally claim exemption until three years later, in 1990, when the United States filed a lawsuit against Brace to enforce regulation concerning the Clean Water Act.

When the government repeated the claims he was draining a wetland, Brace countered he was following the provisions of a government-approved conservation plan.

“Despite our efforts and belief that EPA was seriously exceeding its authority, the appellate court sided with the government and against Brace,” O’Neill said.

The district court found Brace’s activities to be exempt in December 1993, but the United States appealed the decision and it was reversed.

In 1996, the Brace family thought the battle had ended. Instead of paying millions in fines, he agreed to a consent decree with the government in which he agreed to pay $10,000 and to remove the drainage lines.

In 2009, the EPA began sending notices again that Brace was no longer in compliance, according to Kogan.

“They made visits to his property, noting ‘possible violations’ and then alleging violations,” Kogan said.

Then, in 2014, he received permission to begin using the land again, he added, but “the Justice Department has a different recollection of the facts.”

Brace can easily quote court documents, but his summary of the case is simple, “I took the drainage out once. They gave me permission to put it back in.”

“I’ll do whatever they want me to do, but I will not admit I’m guilty,” said Brace, now a national figure in the property-rights movement.

Each allegation the government has made, Kogan said, takes claim to private land for government use without compensation, constituting a “taking.”

“Brace has been forced into an argument he didn’t want to make, but now it is an all-out war,” Kogan said. “This case is going to shape the future.”

The EPA is using the second lawsuit to apply the Obama administration’s interpretation of the controversial 2006 Rapanos decision to impose greater Clean Water Act WOTUS jurisdiction over both properties, effectively amending the old 1996 consent decree retroactively “without actually doing so formally,” Kogan recently wrote in an email.

The U.S. Department of Justice did not respond to Farm and Dairy’s multiple requests for comment.