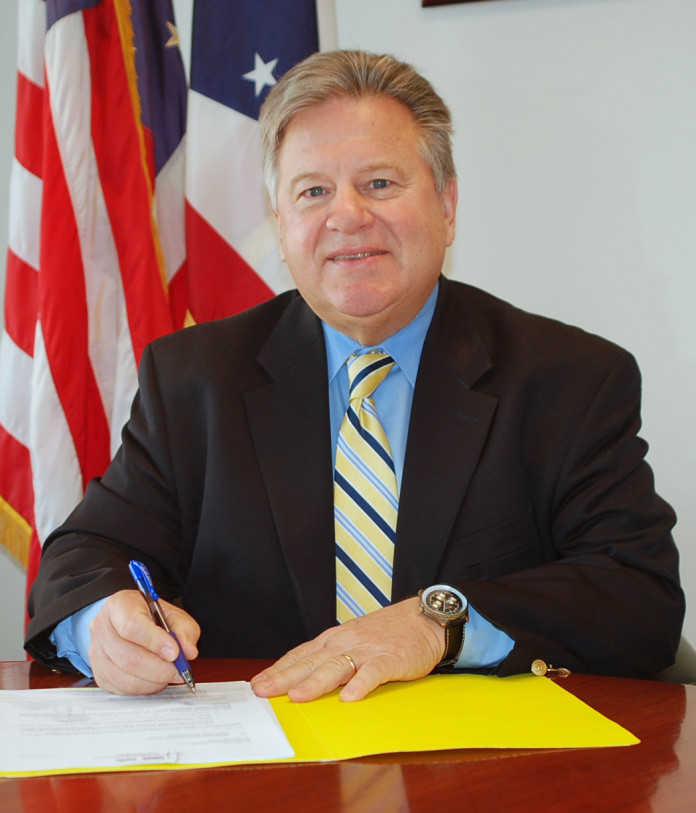 An industry initiative sponsored by airlines, aircraft and engine manufacturers, airports, and the Federal Aviation Administration, CAAFI’s primary goal is promoting the development of sustainable alternative jet fuels (SAJF) that offer equal levels of safety and price when compared with petroleum-based fuels. CAAFI works through various Public-Private partnerships on the development and commercialization of SAJF that can help reduce carbon emissions and improve the security of the aviation industry’s energy supply by decreasing dependence on foreign fossil fuels.

Along with USDA colleagues Harry Baumes, Chris Cassidy, and Todd Campbell, Logan was recognized during CAAFI’s recent Biennial General Meeting in Washington, D.C. for the work he has undertaken in Ohio, throughout the Midwest region and across the U.S. to promote SAJF development. Logan is a strong proponent of the Farm-to-Fly 2.0 program, an interdepartmental and multi-federal agency task force whose aim is to establish North American SAFJ supply chains capable of producing one billion gallons of sustainable jet biofuel for airline use by 2018.

“Tony has proved to be an invaluable partner for CAAFI and the aviation enterprise,” said CAAFI Executive Director Steve Csonka, himself an Ohio resident. “It’s been a pleasure to work with Tony in our home state these past four years to advance the concept of SAJF production. He is a testament to the can-do attitude commonly exhibited by our USDA collaborators.”

The award comes at an exciting time in the aviation biofuel industry, with Agriculture Secretary Tom Vilsack announcing just last week the first-ever successful commercial flight powered in part by a new renewable fuel made of wood waste salvaged from private lands in Washington State, Oregon, and Montana. The Secretary was on hand to greet the Alaska Airlines flight from Seattle to Washington Reagan National Airport, the culmination of a five-year, $39.6 million research and education project supported by USDA’s National Institute of Food and Agriculture.

“The history of aviation started in a bicycle shop in Dayton, Ohio more than a hundred years ago,” said Logan. “Wouldn’t it be remarkable if the next chapter in the evolution of sustainable aviation fuel started in Ohio, as well?”

This year’s CAAFI conference also featured remarks by JetBlue President and CEO Robin Hayes, who in September announced a ten-year, $330 million gallon renewable jet fuel purchase agreement with SG Preston, a bioenergy company with two production sites planned for Ohio. JetBlue is partnering with SG Preston to purchase jet fuel made from renewable, bio-based feedstocks (plant oils) that do not compete with food production. This marks one of the largest SAJF purchase agreements in aviation history.