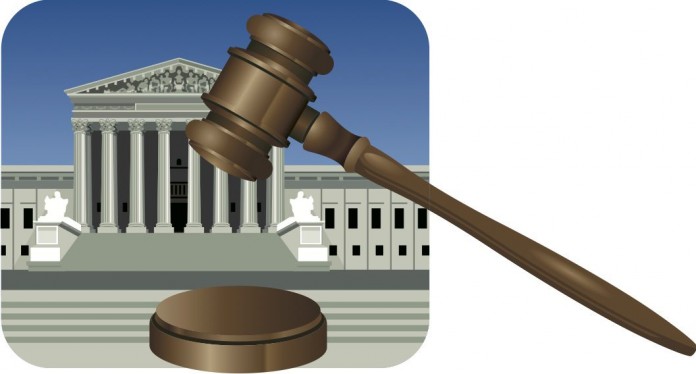 WELLSBURG, W.Va. — Ohio and Pennsylvania are not alone with mounting court battles over oil and gas leases — cases are also being filed in West Virginia.

A lawsuit in the Northern Panhandle contends that the driller was able to obtain gas and oil from the property even though the existing lease did not give permission to pool or unitize the Marcellus shale formation.

Marion Stone and Brian Corwin filed a lawsuit against Chesapeake Appalachia, LLC; Statoil USA Onshore Properties Inc.; and Jamestown Resources, LLC in Brooke County, West Virginia Court of Common Pleas in June 2012.
At that time, however, the judge dismissed it and said it should be filed in federal court.

The lawsuit was then filed in the U.S. District Court, Northern District of West Virginia in Wheeling in July 2012.
Marion Stone and Brian Corwin, mother and son, own a 217-acre farm in Buffalo District in Brooke County, W.Va.

Stone signed an oil and gas lease with Phillips Production Company in August 2001. The lease was a five-year lease. Before it expired, Stone agreed to extend the lease for an additional five years.

According to the court records, the lease did not give the right to pool or unitize the Marcellus shale formation within and under Stone’s property.

The lease was eventually sold to Chesapeake Appalachia, LLC.

Stone was reportedly asked to modify her lease to allow for pooling and unitization of the Marcellus shale formation, but she refused.

According to court documents, Chesapeake drilled a Marcellus shale well on property near Stone and Corwin’s property in Brooke County to recover oil and gas.

The lawsuit contends that when the well in question was hydraulically fractured, Chesapeake Appalachia breached the contract with Stone by pooling the Marcellus shale formation under Stone’s property without the authority to do so.

According to West Virginia code, a pool is defined as an underground accumulation of gas in a single and separate natural reservoir (ordinarily a porous sandstone or limestone.) It is characterized by a single natural-pressure system so that production of gas from one part of the pool tends to or does affect the reservoir pressure throughout its extent.

A pool is bounded by geological barriers in all directions, such as geological structural conditions, impermeable strata and water in the formation, so that is effectively separated from any other pools which may be present in the same district or on the same geologic structure.

Stone and Corwin claim that as a result of the breach of contract, they have suffered a loss of oil and gas and a diminished value of the remaining oil and gas under their property.

In the lawsuit, Stone and Corwin also stated that by entering the Marcellus shale formation under their property or in conjunction with another property, Chesapeake Appalachia trespassed on their property.

The lawsuit goes on to state that Chesapeake Appalachia obtained a benefit not owed to them by draining the gas from Stone and Corwin’s land.

Stone and Corwin are asking that Chesapeake Appalachia be removed from within and under their land and that they be compensated for damages, which include the value of the oil and gas improperly taken from their land, the diminished value of the remaining oil and gas on the property as well as income loss and punitive damages.

Phone call requests to Chesapeake Appalachia for information were not returned by presstime.