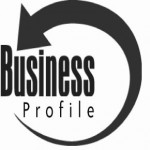 RANDOLPH, Ohio — They’ve been selling cars and trucks in Alliance for nearly 100 years, and now

Sarchione Auto Sales is ready to serve even more customers, thanks to a new location along state Route 44 in Randolph.

Formerly known as Jenior Ford, Sarchione Ford is continuing the line of Fords and expanding with more F-Series trucks and Super Duty pickups.

The business is co-owned by brothers John and Joe Jr., and it traces back to 1917 when their great-grandfather, Joseph Sarchione, started selling Chryslers and Dodges.

Today, more than a half-dozen members of the family are involved, including John’s wife, Alex Sarchione. The dealership employs about 50 people total.

John and Alex took over the Randolph location in November and have worked diligently the past half-year to expand the parking lot space, and bring more new vehicles onto the lot.

Alex said sales have been good the past few months and are picking up. In March, the Sarchiones held the distinction of No. 5 select Ford dealer in the nation.

They serve a large volume of farmers, and are stocked with trucks of all sizes and customizations. Many of the trucks also include the popular EcoBoost engine, which achieves more horsepower and torque than similar engines, with fuel mileage comparable to some cars.

The EcoBoost is offered in the Ford F-150, Explorer, Escape, Edge, Fusion and Taurus. Depending on the gear selection, customers can tow up to 9,600 pounds with an EcoBoost engine.

The Sarchiones operate a full-service garage at the Randolph location. They take trade-ins and sell used autos, as well.Alex said they try to provide farmers what they want, and when and how they want it — with no hassle.

Alex and her husband, John, have about 150 new vehicles in stock and have purchased an additional lot to add more.They have two children. Danica is 4 and their youngest, John, is 3.
“If they had it their way, they’d be up here every day with us,” Alex said.

John’s brother, Jeff, 27, spent five years in the Marines and has returned to help with sales. The brothers’ parents, Joseph and Annette, work for the dealership as well.

Jeff said they’ve thought about what their business mantra should be and the thing he keeps coming to is “let our family serve your family,” because most of their family works for the dealership.

The store keeps an up-to-date inventory online, as well as sales and contact info.