Home Dairy Dilemma Go big or go out: the reality of milking 1,200 cows 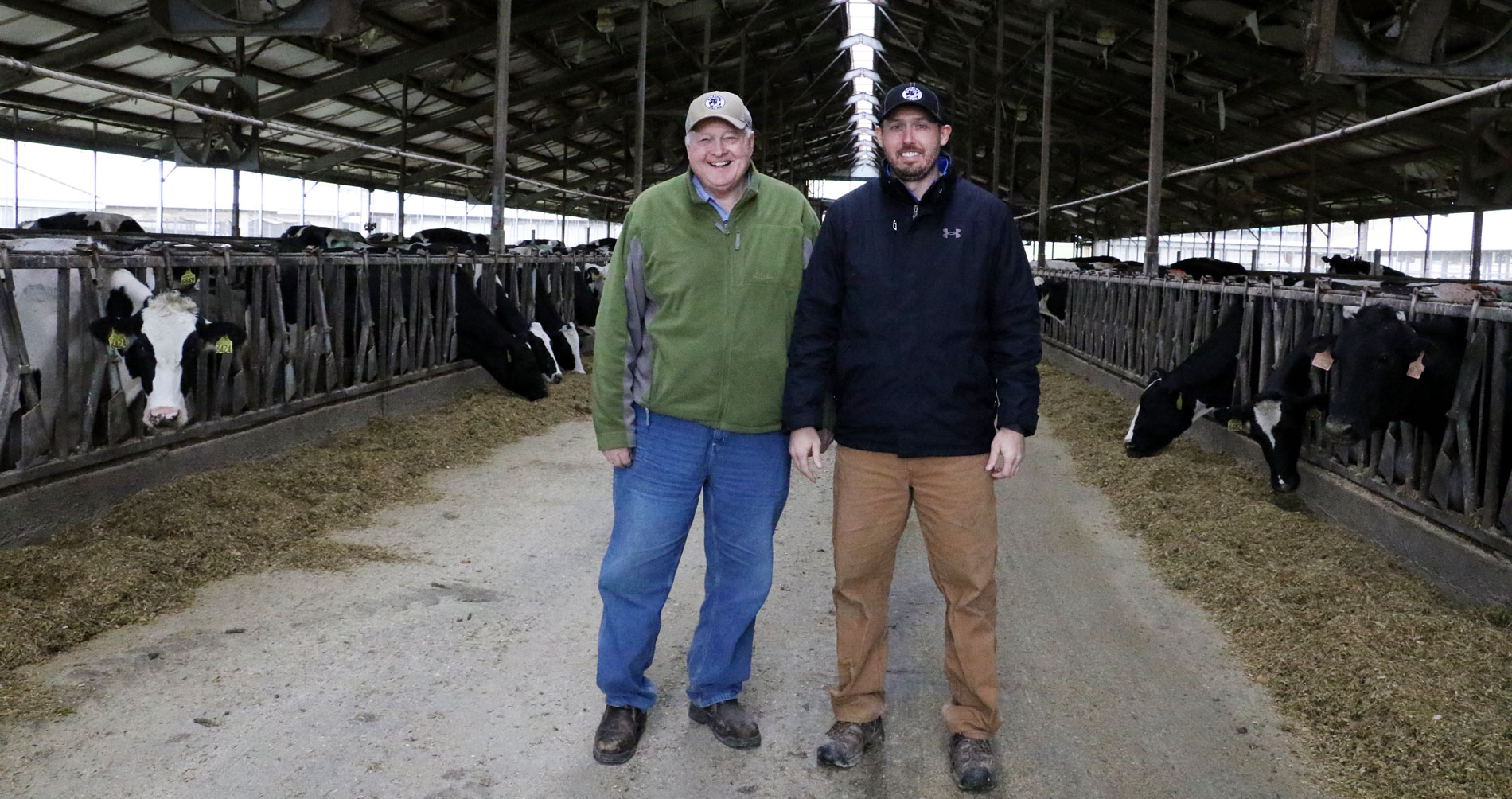 Go big or go out of business. That was Sonny Perdue’s message to dairy farmers last fall at the World Dairy Expo in Wisconsin. Or at least that’s how the message was perceived. The U.S. agriculture secretary was asked by a reporter if the loss of small farms is inevitable, or if there’s something that can stem the flow.

“The big get bigger, and the small will go out, and that is what we’ve seen here. It is very difficult with economy of scale and capital needs and all of the environmental regulations and everything else today, to survive milking 40, 50, 60 or even 100 cows, and that’s what we’ve seen.”

“I don’t think in America for any small business we have a guaranteed income or guaranteed profitability of survival,” he said.

Whether or not you agree with Perdue’s assessment, it’s true that the average dairy herd size is increasing. It’s one of the ways dairies are able to support their families. More cows equals more milk equals more money. At a certain point, the cost of production decreases with increased scale of production.

For the Andreas family, going big was a way to stay in business. They weren’t always milking 1,200 cows, like they are now. When Dan Andreas came back to the Tuscarawas County farm in 1978 to take over from his father, they were milking about 140 cows.

“In order to increase cash flow, you add more cows. We could, so we did,” Dan said. “As prices increase, what’s your alternative? It’s a leap of faith or a calculated business plan that you start the snowball rolling.”

That snowball grew from 140 to 400 cows at first when they put up another free stall barn in 1980. At that time, Dan’s brother, Bill, handled the crops. And Dan handled the cows and the one employee.

The farm went through a big upgrade and expansion in the 1990s. The new milking center was built in 1992. It enabled them to milk more cows and milk three times a day. More barns went up. Before long, they were up to about 1,200 cows and four barns.

His Andreas ancestors settled in the area in 1853. The current farm, in Sugarcreek, Ohio, was bought in 1881. Several years ago, the Andreas family bought a nearby farm. Turns out, it was their ancestral land.

“When I was growing up, we had pigs, chickens, cows, horses. It was a general farm. But it migrated toward dairy when I was 10 or 11,” Dan said.

Dan taught high school chemistry for 11 years at a school outside Columbus before returning to the farm. He holds bachelor’s and master’s degrees in education and a bachelor’s in animal nutrition.

He came back to the farm after his father, Paul, asked if he was interested. If not, Paul was going to sell the cows.

“I always liked the cows. I wanted to be a large animal vet. I knew I wanted to live in the country and not the city,” Dan said. “I talked it over with my wife. I promised to give her a new house if we moved back.”

History repeated itself when Dan’s son, Matt, came back to the farm around 2008. Matt went to college, got degrees in business administration and history and then coached college football for seven years. For his part, Dan never wanted either of his sons to come back to the farm. His other son, Jason, works at Google and lives in Michigan.

“I think I’m intelligent enough to know that there are easier ways to make a living than dairy farming,” Dan said. “It really ties you down.”

But when Matt heard his dad and uncle were talking about selling out, he wanted to get in. Matt bought out his uncle’s share.

“When I came back home, I came home with the idea that not only did I want to raise a family in this area, because I think it’s a pretty darn good area, but the farm was a neat asset,” Matt said. “The history that comes with it is important to me.”

Hey, hey what can I do

Matt considers himself part football coach, part businessman and part farmer. All three help him run an operation that includes nearly 3,000 acres of land and about 20 employees.

The crops are Matt’s domain. Dan is semi-retired, but is still at the farm almost every day. He’s still involved in reproduction and genetics.

Dan was able to use the scales of efficiency to his advantage, his son said. That made them successful and helped them sustain their growth through the 1990s.

That changed when Matt came in. Part of it was due to the world around them. It became a lot harder to get a loan after the Great Recession of 2008. You couldn’t just borrow money on a handshake anymore.

The other part was how Matt wanted to run things. He came in wearing his business cap. He made the farm a comprehensive budget for the first time. He incorporated technology, like bringing in software to track feed usage and costs. Instead of an annual profit-and-loss report, he runs one at the end of each month and compares it to the budget.

It wasn’t all big picture stuff. It was the little stuff too.

“I’m an old football coach, so whiteboards went up everywhere.” Matt said. “It started in the parlor. I put daily tasks up for what everyone was doing.”

They worked on better communication — text messages work great for that — since their operation is geographically spread out. Milk cows are on the main farm. Calves are raised at another farm. Dairy beef feeders are on pasture elsewhere.

Managing the cows is the easy part, Dan said. Something farmers often don’t take into account when increasing production is how to successfully manage people. You can’t do all the work after a certain point.

Dan quit milking sometime around 2005. He worked in the “ICU” barn taking care of sick cows and assisting with calvings. He milked cows there as well until he was needed more in the office.

“I miss it a lot. I like animals. But it’s a business,” he said. “People tell you it’s not, but they’re lying. You have to run it like a business, or you won’t make it.”

Matt doesn’t mince words. Their size hasn’t made them immune to the dairy industry’s issues. It’s tough losing money for five years. Some years, they were closer to the break-even line than others.

The farm is run as efficiently as possible, but there’s only so much you can do on farm. They’ve sold some land in the last few years to make ends meet, Matt said. They know that’s not a sustainable strategy.

But things are looking up. The last milk check they put in was the best they’ve had since January 2015, he said. The 2020 budget looks good. If things keep up this way, they should be able to recover from the downturn.

“This year I have forecasted as a decent year. That does make it a little brighter every morning to come into work,” he said.

Who knows what the future holds. Maybe it’s more dairy cows. They’ve considered adding another free stall barn. But then you need to consider manure management and added labor costs.

Maybe it doesn’t hold dairy cows at all. If it comes down to it, what’s more important: keeping the cows or keeping the family land? Matt said they’ve always talked about not running their equity down until the farm is worthless.

The Andreases have a line. Once they hit it, they know they need to make a big change. That could be in 30 years. Or in six months. Either way.

“We know what that number is and know where it’s at,” Matt said. “It doesn’t mean we’d stop farming, but maybe it means the cows leave.”

Matt tries to remain open-minded. They have land. They could just be grain farmers. They have barns and pastures. They could do more beef cattle. With an operation as large as theirs, the options are more limited than small farms. Bigger ships are harder to turn.

“The cows have given us a good lifestyle and a good living,” he said. “Dairy is so labor-intensive. But there’s nothing in ag that’s easy.”

(Reporter Rachel Wagoner can be contacted at 800-837-3419 or rachel@farmanddairy.com.)
*Photos in this story were taken by Rebecca Miller and Rachel Wagoner 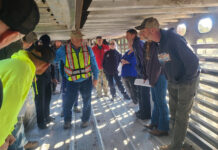