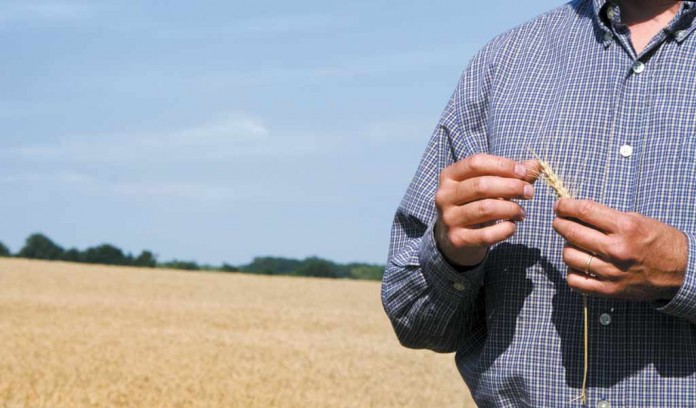 It’s been a few years since we’ve talked about farming movies. We took a leaf out of our readers’ books and watched some of the movies they suggested after we shared our previous list.

Our lists aren’t exhaustive, but they offer a glimpse at how Hollywood has portrayed agriculture through the decades.

Farmland documentary shows the truth: Farming is not easy April 17, 2014

Based on the 1940 George Victor Martin novel with the same title, “Our Vines Have Tender Grapes” features Norwegian-American farmer Martinius Jacobson and his wife Bruna who are raising their seven-year-old daughter, Selma, as they do life in a small Wisconsin farming community.

Martinius, played by Edward G. Robinson, is dedicated to his family and his land. Margaret O’Brien plays Selma, who goes off on adventures with her five-year-old cousin Arnold, played by Jackie “Butch” Jenkins.

With glimpses into the lives of various townspeople, “Our Vines Have Tender Grapes” shows how connected the community is and highlights the ideals of rural America. When one farmer loses his newly-built barn to a fire, Selma offers her new calf to him, and the rest of the community follows her lead by being generous in their donations.

The title is taken from Song of Solomon 15:2 (KJV): “Take us the foxes, the little foxes, that spoil the vines: for our vines have tender grapes.”

This black and white film depicts the lives of a widowed father, Papa Matthews, and his children, Deborah, Abigail, Phineas and Susan, played by Natalie Wood. The family is starting fresh with a new farm after leaving their old failing one.

Susan desperately wants to join the local 4-H club and raise lambs, but Papa puts his foot down. She finds a way to get the lambs anyway, though, with the help of the county agricultural agent, David Barkley, who has his eye on oldest daughter Deborah.

Several times throughout the movie, Papa’s refusal to heed others’ advice leads to close calls that threaten the farm and the family. He disregards advice to stop cutting timber on the hill overlooking the farm, and he decides to plant a crop he knows instead of listening to David. Eventually, he has a change of heart.

“The Green Promise” is another movie with a title drawn from the Bible, this time alluding to God’s “green promise” to Moses about the Promised Land.

“The Egg and I” is another film based on a book. With the same title as the movie, Betty MacDonald wrote the book as a memoir of her life on a chicken farm with her husband in Washington state. MacDonald recounts events from the 1920s and 1930s.

This lighthearted film takes place after World War II. Bob returns from serving in the military, marries Betty and surprises her with news that he purchased an old farm and plans to raise chickens and sell eggs for a living.

Both Bob and Betty are from the city, so farm life is a new experience for them. The couple faces various hardships and occurrences that come along in rural farming life, such as learning to take care of livestock, befriending their neighbors and handling farm life.

The movie was broadcast on the radio by the Hallmark Playhouse in 1950. Claudette Colbert, who plays Betty MacDonald in the movie, participated in the presentation.

Starring Sissy Spacek and Mel Gibson, “The River” chronicles the lives of Tennessee farmers Tom and Mae Garvey, along with their children, Lewis and Beth, as they battle not only the elements but the local bank as it threatens to repossess their farm along the river and the owner of the local milling company that wants to purchase the land that borders the river, too.

After rain destroys his crops, Tom takes a job as a scab at a steel mill to keep the foreclosure on the farm at bay while Mae remains on the farm, completing daily chores.

The movie won an Academy Award for sound effects editing and a Golden Reel Award for best sound editing: sound effects. Even if you don’t have a farming background, you can appreciate the heartaches and trials the Garvey family faces.

In the same vein as “The River,” “Country” chronicles the lives of Iowa farming couple Gilbert and Jewell Ivy, played by Sam Shepard and Jessica Lange, respectively.

The family struggles to make a profit during the 1980s, when America’s economy and government farm policies heavily impacted family farms. The farm has been in Jewell’s family for generations, but it faces possible foreclosure, a tornado, low crop prices and other trials. The hard times get to Gilbert, but Jewell is determined to hold on.

The drama hits close to home for farmers who have faced environmental disasters, volatile markets and impending foreclosure.

It was nominated for several awards and won the National Board Review for Top Ten Films in 1984.

Tracing her family’s southwestern Iowa farm back to its beginnings in 1860s, Jeanne Jordan, along with production help from her husband Steven Ascher, tells the history of the farm, from run-ins with a gang in the 1880s to the financial crisis of the 1980s and finally, in the 1990s, the family’s efforts to save the farm from foreclosure.

When Jeanne’s parents Russel and Mary Jane tell her they have to sell the farm, Jeanne and Steven return to Iowa. The family watches as their cattle, equipment and furniture are all sold at auction. To them, it’s like the life they know is disappearing. After the auction, the family pays off their debt, Jeanne’s brother Jim takes over the land and Russel and Mary Jane move to town.

What other farm movies are out there? Tell us in the comments below.